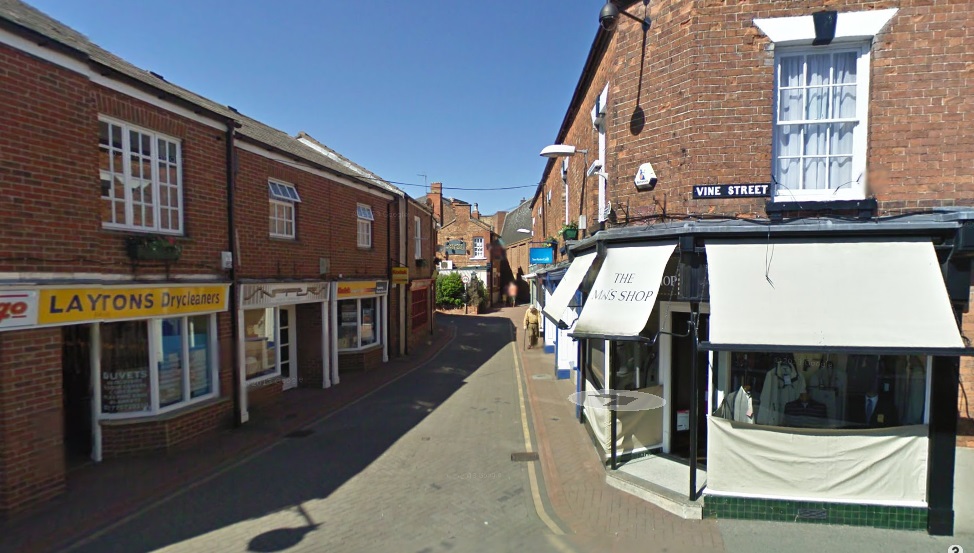 A Spalding walkway described as “dingy” is in line for decorative lighting.

Traders in The Crescent area have asked for Hole In The Wall Passage to have some Christmas lighting.
The passage – described as “dingy” during a Spalding Town Forum’s meeting (June 17) – links Francis Street with Market Place, the town’s central shopping area.

Images of some proposed “icicle effect” lighting at a capital cost of £914 were shown to the meeting.
With extras including wiring, anchor points and storage the first year’s cost would be £1,658. The annual ongoing cost would be £562.
Coun Angela Newton (Monkshouse) said lighting was “definitely” needed down the passage.

The town’s recently refreshed Christmas lights are owned by South Holland District Council and the annual budget for them is £7,400.
Spalding and District Area Chamber of Commerce manages the project under a service level agreement, which is due for renewal.

Coun Newton said: “I’m not too thrilled at paying the chamber £2,500 plus VAT. That was before we had a town centre manager. I’m not going to support that.”

Coun Peter Williams (St Paul’s) asked her: “Do you feel that the chamber has had you over?”

She replied: “To pay a third of the budget [to them] is not the best value for money to our council tax payers and we should test the market.”

Town centre manager Dennis Hannant pointed out to Coun Newton that he worked for the chamber, not the council.
The meeting agreed to seek other quotations for the service level agreement.

Coun Gary Taylor (Castle) agreed with Coun Newton’s belief that were too few lights, adding that they were not in places which might be considered a “draw into town”.
“You only see them when you get into the town centre,” he said.
Members agreed that New Road and Winsover Road would be included in an ideal world.

Forum chairman Coun George Aley hoped to see the running of the lights handed over to the town centre in future, but Mr Hannant warned that if Spalding In Bloom hanging baskets were anything to go by there would be several shops happy not to contribute but enjoy the benefit.

Coun Aley queried the need for the “large expense” of more than £6,000 annually to put lights up and take them down.
Coun Williams thought it would be “very naff and embarrassing” to leave them up all year, but Coun Aley reiterated that it was worth considering from a cost point of view.