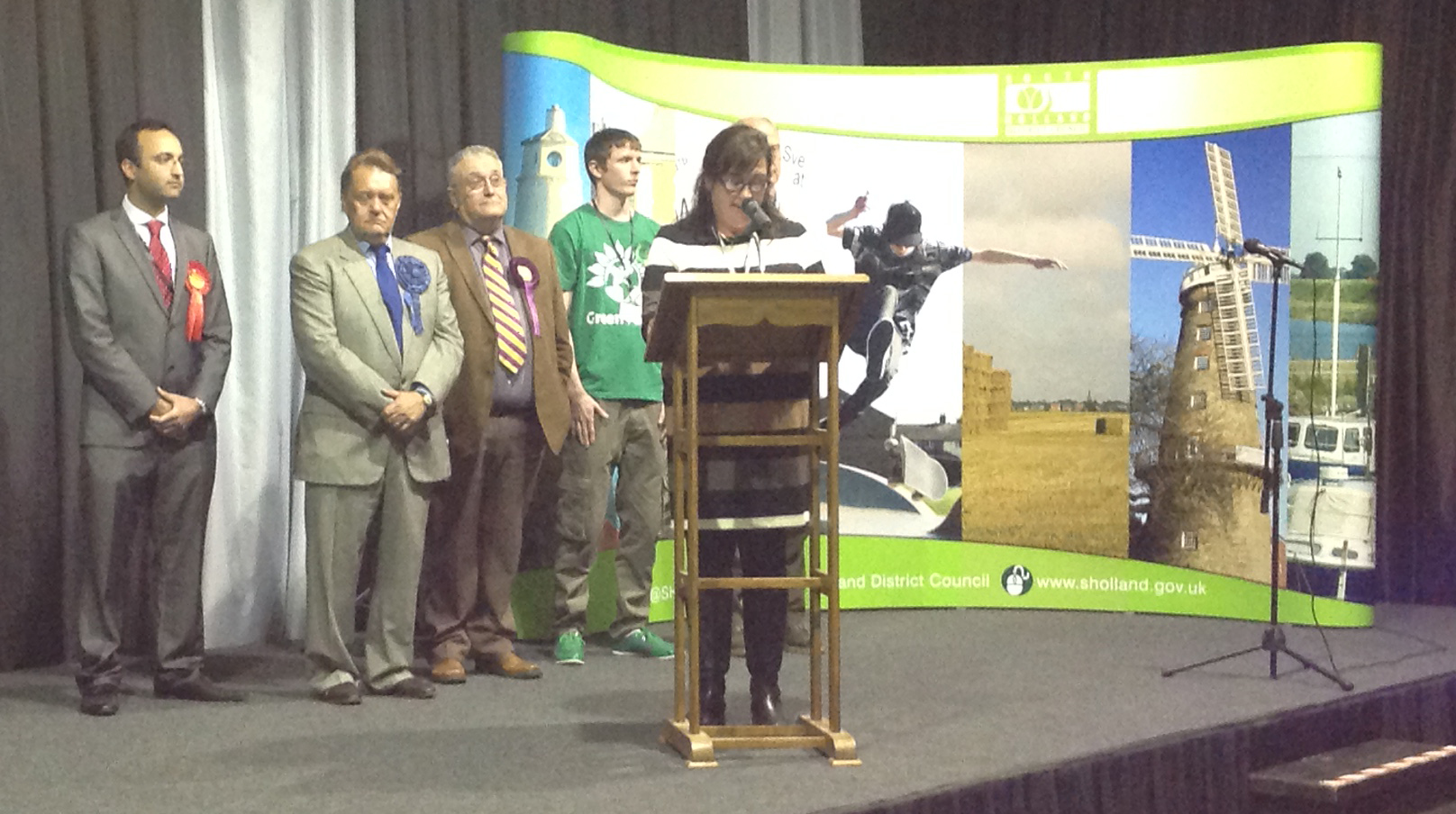 Matthew Mahabadi (left) with the other four candidates (one hidden) for the South Holland and The Deepings seat as returning officer Anna Graves declares the result on May 8.

UKIP’S beaten candidate for the South Holland and The Deepings parliamentary seat is to withdraw from active participation locally.

David Parsons polled 10,736 votes to take a 21.7 per cent share of the turnout in the General Election on May 7. He finished second to Conservative John Hayes, who received 29,303 votes.

The result tripled UKIP’s number of votes from the 2010 result, taking the party from fourth place then to clear second in the constituency this year.

But since the defeat, Mr Parsons has told UKIP South Holland and The Deepings chairman Paul Foyster of his impending decision.

Mr Foyster said: “He made it known that he has decided to soon withdraw from active participation in UKIP South Holland and the Deepings. We thank him for his stirling efforts on our behalf, an increase in votes to over 10,000 and a second place is a truly remarkable achievement in this constituency, he would have made a good MP and we wish him well in his party career.

“The constituency association hopes to find a more local candidate next time, a difficult task and something that was not possible last year, mainly due to the Rochester by election causing the unexpected but understandable cancellation  of UKIP HQ appraisal sessions for new candidates.

“The selection process will also be discussed at the next meeting of UKIP East Midlands chairmen.”

Mr Foyster, who became one of the first two UKIP members to take seats on South Holland District Council, added: “On behalf of the party I again thank everyone who supported or voted for us on 7th May.

“Despite some deeply misguided opinions expressed by other politicians, we are a very moderate party and an equally moderate branch, all of us care as greatly about our local community as we do about more national issues.