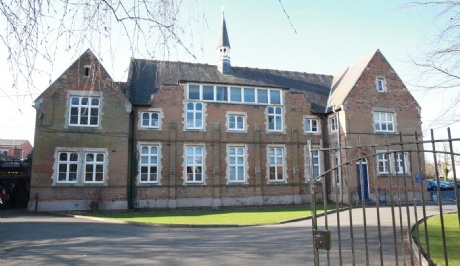 Spalding Grammar School is one of the schools that could be hit by budget funding cuts.

‘Deep concern’ over future funding for schools in South Holland

Some schools in South Holland will see budgets cut by as much as 35 per cent by 2020, according to the National Union of Teachers (NUT).

The Department for Education (DfE) disputes the figures and maintains funding for schools is rising in real terms, but Lincolnshire County Council and school leaders disagree.

The Rev John Bennett, chairman of governors at Spalding Grammar School, said: “They are asking for the same amount of money to be stretched ever further and there’s a breaking point.”

Mr Bennett said that whilst Spalding Grammar School is projected to be able to cover costs for the next four or so years, it is expected to need to dip into reserves to do so.
The school narrowly averted a strike last year by agreeing at the 11th hour to a standard teacher pay rise equivalent to one per cent.

Debbie Barnes, the county council’s director of children’s services, said: “For some years now, we’ve been campaigning for a fairer deal for Lincolnshire schools and we’ve responded robustly to the government’s consultation on the national formula.
“Under the proposed plans, some schools would see a drop in funding and whilst we welcome the increase for some schools, we do not think that any school in Lincolnshire should see a budget reduction as we are already one of the worse funded LA areas for school funding.

“We need to ensure that all our schools have a core budget to deliver full-time, high quality education in appropriate class sizes. I’m deeply concerned that the current proposals will not enable our schools to do this and leave some in a vulnerable position.”

NUT secretary Ken Rustidge said: “Parents in Lincolnshire should be deeply concerned by these damaging cuts that hit almost every school. The Government must act now to protect schools.”

A DfE spokesman said: “We have protected the core schools budget in real terms since 2010, with school funding at its highest level on record at more than £40 billion in 2016-17 – and that is set to rise, as pupil numbers rise over the next two years, to £42billion by 2019-20.

“These protections, and the wider investment in the school system, mean that spending per pupil will be over 50 per cent higher in real terms in 2020 than it was in 2000, as set out by the independent Institute for Fiscal Studies.

“We do recognise that schools are facing cost pressures, and we will continue to provide support to help them use their funding in the most cost effective ways.”

How schools could be hit

The figures suggest almost all primary and secondary schools in South Holland will be worse off.
They say, in 2020, University Academy Holbeach will have 34 per cent less funding than it did in 2012 and Spalding Grammar 19 per cent. Spalding Academy is predicted to be 14 per cent down, Spalding High nine per cent and Donington’s Thomas Cowley High School 14 per cent.

Simon Lilley, chairman of governors at Thomas Cowley, said: “I cannot believe how the DfE can dispute that funding cuts are going on left, right and centre! Not only is the amount per pupil falling but most additional funding streams, such as the minimum funding guarantee and education services grant, are also, or worse still being removed.

“All this is being compounded by the rises in National Insurance and pension contributions and an unfunded annual one per cent pay award for all staff. This has to be found from somewhere and could potentially have a significant impact to jobs and more importantly to the quality of education.”