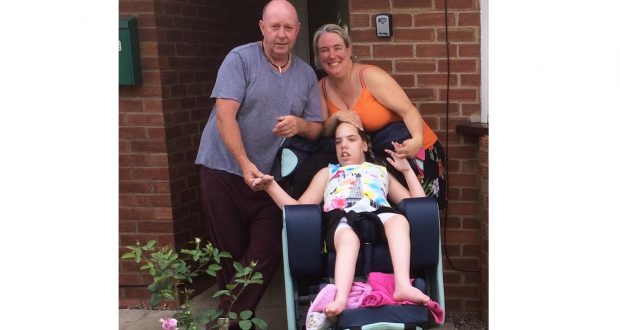 Dakota’s BBC DIY SOS home is up for sale

A family whose home was transformed on the BBC programme DIY SOS have put it on the market – and are hoping someone else with a disability will now benefit.
Four years ago, Paula Wheeldon returned to the home following a ten-day overhaul by the programme’s team and volunteering local tradesmen to make it more accessible to disabled daughter Dakota.

Now Dakota, who has quadriplegic dystonic cerebral palsy and is non-verbal, is 13 and has carers at home round-the-clock. Paula’s own deteriorating health due to progressive issues brought on by Dakota’s birth means she is no longer able to care for her without that help. She and builder husband Rick (51) feel a home with a separate annexe will allow them all more privacy and independence into the future.

Paula (48) said: “It’s going to be sad to leave here. I’ve been here 16 years and what DIY SOS did was fantastic. I would love for another family with a disabled member to buy it because it is all set up for that.” 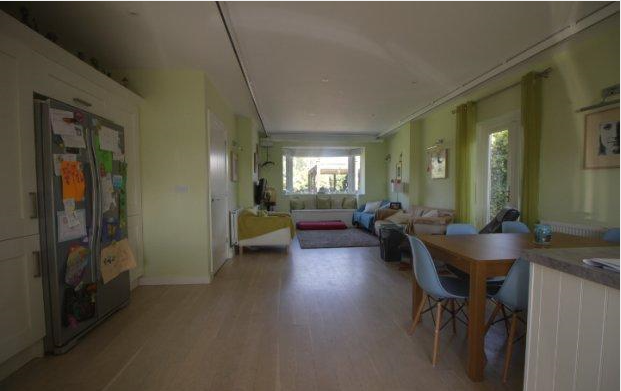 The open plan space created for the family through the BBC’s DIY SOS programme.

At the time of the home’s TV transformation Dakota’s elder brother and sister, Jacob (now 23) and Lachan (22), were living at home. Jacob was sleeping in a shed due to space restrictions.
A new bedroom was created for him thanks to the show. The living room, kitchen and conservatory  area were also made into one large through-space to allow for Dakota’s wheelchair.

Paula says she will always be grateful for what DIY SOS did for her family.

“It was a surreal experience that somebody would do that for us and in leaving here there is guilt,” she said. “We are grateful for the time we have had here while Dakota has been growing. It has been amazing.
“At the time my eldest were doing A-levels and their biggest worry was leaving me and going away to university.
“When all of this happened it made life so much easier for me and Dakota and lifted a weight for them as well.
“Our circumstances have changed which means we have to move on.”

Jacob and Lachan both now have their degrees and Dakota is doing well. She recently started having seizures, but it is hoped they are a temporary thing brought on by hormonal changes. An eye gaze machine, bought with public support, to enhance communication is helping her greatly at school in Lincoln.

Broadgate Homes and some of its suppliers were involved in the 2013 work.
Chief executive Ian Canham said: “We wish Dakota and her family all the best in their future move and hopefully the alterations to the garden and the house will come in useful for whoever lives there next.”

The four-bedroom detached bungalow in Broadgate, Weston Hills, is being marketed for £330,000.