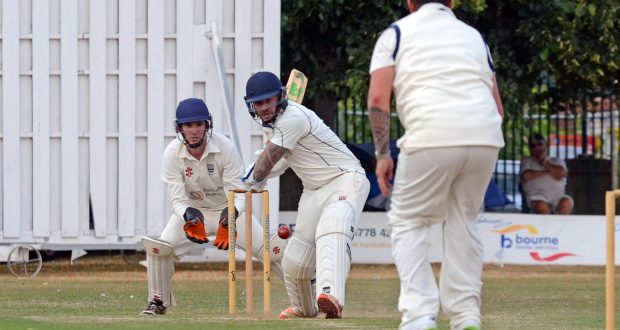 It may be four months late, but the cricket season is finally starting.

And the Sunday Rutland League got underway last week.

The Saturday League has been organised by the South Lincolnshire and Border League with competing teams split into a West and East division in which they play each side once allowing six games in the season and the possibility of a final at the end of it.

The local trio are joined in the East division with Boston 2nd, Freiston, Skegness and Newborough.

Their captain Chris Beal said: “I had been planning for a top three finish this season, which won’t really apply now, however this does give us a handful of games to gel and then really look to reach our full potential next season.

“It has been a huge disappointment to miss the majority of this season due to all the planning that had gone into it.

“Off the field, we have merged with Pinchbeck who had been looking for a new home due to not being able to play at Spalding Grammar School any longer. This has allowed us to field a second XI for the first time in many years, with around seven or eight regular players joining from Pinchbeck, as well as half a dozen existing Moulton players.

“There was great anticipation over the winter with these plans in motion, and despite the break, this positivity has continued into the last couple of weeks of training and practice matches.”

For Moulton’s 1st XI, they have brought in former Spalding players Josh Newton and Joe Broomfield.

“Josh has been one of the most consistent run scorers in the league for the past decade and will continue to be so for several years yet,” continued Beal. “Joe is a fantastic all rounder who first played for me at Moulton when I was 1st team captain from 2012-2014.

“Another player to watch out for is Jack Barnett, who will be pushing Josh neck and neck for the league’s highest run scorer, as well as getting bagfuls of wickets with his dangerous off-spin.

“We also have young seamers Alex Baker, Louis Greetham and Alin Carter, whose improvement over the last 18 months has been phenomenal. Add to that the evergreen Mike Kearns Snr, Simon Juckes and Nohman Jarral, top wicket keeper Jake Morton, and additional middle order talented batsmen Matt Barnett and Lewis Martin, and we have a squad on paper that will rival any in the league.”

Spalding 1st XI skipper Matt Gill said: “From a 1st XI perspective it will be an odd kind of season as we try to make the best of this.

“We are a young side for the most part and our goal this year is to test these players, give them every opportunity and back them to come good.

“From our friendlies morale is high and we have seen some promising individual performances already. Bowlers Will Naylor and Brandon Andrews have looked in encouraging form already, Chris Dring looked a class act with the bat as he always does and a very good spell of spin bowling from Harry DeCamps bodes well for the next few weeks.

“The buzz around the club has been more about the community of Spalding Town CC more than anything and in this respect, we are heading in the right direction.

“I want players to enjoy the season, get some good results and be desperate to get back to this club next year.”

Long Sutton’s skipper Dan Oldfield echoed those views ahead of their trip to Boston 2nds.

“We’re all just delighted to be back playing again to be honest,” he said. “It’s now about getting as many people game time as we can.

“It’s been a strange time and just playing any sort of cricket at all is good. We’ve been desperate to start and it’s nice to actually do that.”