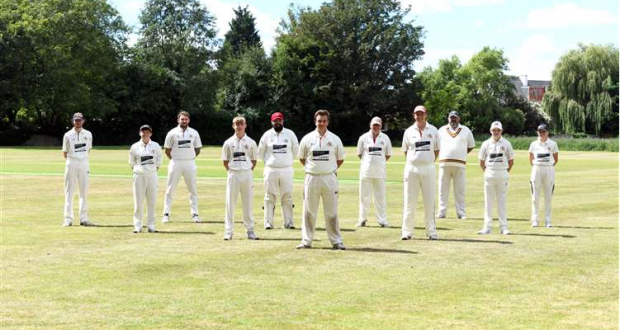 Long Sutton Cricket Club is to link up with the Help for Heroes charity for 2021 which is set to include them playing against their cricket team.

The South Lincolnshire and Border League Premier Division side are set to face the military charity’s own team of veterans it helps in a fixture later this year.

And they’ve signed up to be a Help For Heroes charity partner and will fundraise for them throughout the next year.

The Help for Heroes link up is the brainchild of Sutton spin bowler and Army veteran Scott Robinson.

“As a veteran, military charities are high on my priority list and Help For Hereos do amazing work,” said Scott who was part of the Scots Guards for more than 23 years. “They also have their own cricket club to help those that may have been injured with their rehabilitation.

“I thought it would be a great idea to get them over to play us here at Long Sutton.

“They play all over the country and we’ve invited them to come and play us and it’s pencilled in for August 7. Obviously that’s entirely dependent on COVID-19 guidelines at the time.

“We’re hoping to make a big day of it and we’ve started asking people for donations plus potential raffle and auction prizes.”

The Help for Heroes Cricket Team was founded in 2013. Since then it’s had over 120 male and female players represent them.

They also have an army of volunteers helping them including umpires and coaches such as ex-England Test player Bill Athey.

The idea behind it is not only to benefit the veterans physically but also provide a sense of community and club spirit.

Long Sutton are also looking to purchase a coloured cricket kit to play in short forms of the games this season including against the Help for Heroes team.

They’ve already attracted sponsors to help fund the kit including through Susie Piccaver, United the Union and Excess Cricket.

They are on the lookout for more businesses who may be able to sponsor them.

“If there’s any local businesses interested in sponsoring us, who might be able to help provide raffle or auction prizes, then we’d like to hear from them.

“Anything that will help us raise funds for what is a great cause.

“I’ve seen some of the great work Help For Heroes do and the way they’ve helped those who have been injured.”

It’s hoped the South Lincolnshire and Border League season will begin as planned in April, though it will depend on government guidance at the time.

“The club’s in a very good place,” Scott said of Long Sutton. “We’ve got lots of really good young players coming through.

Anyone who can help can contact Scott on crisp5019@sky.com