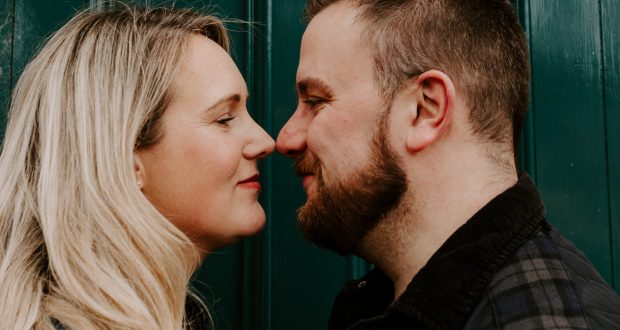 A couple whose wedding this weekend and honeymoon were scuppered by the coronavirus pandemic have described their devastation.

Adam Braybrook and Jenny Howe were due to be married at St Andrew’s Church, near Corby Glen, on Saturday April 11 and fly to Sorrento in southern Italy the following Monday.

But as soon as the virus outbreak started to cast a shadow on all the plans, the Pinchbeck couple knew they had to make the difficult decision to postpone with just four weeks to go.

It was tough too for their seven-year-old son, Jack, who was excited to be page boy. Jenny (33) said: “I felt totally devastated.

“I’ve thought about my white wedding at church my whole life so to come so close to that and for it not to happen was really hard. But I know a lot of other couples are in the same situation.

“It sounds selfish but it seems better when you know you’re not the only one going through it.

“There are a lot of people in worse situations than us.”

Knowing that there would be many couples needing to reschedule and with many dates next year already taken, Adam and Jenny feared they might have to wait until 2022.

Fortunately one date next year – August 14 – worked out.

It means the wedding countdown calendar at their home has had to be reset from double digits to almost 500 but the couple are still counting themselves lucky.

Jenny, a finance assistant at The Priory School in Spalding, said: “It’s been a big job but everybody has been brilliant towards us.

“We first became worried when we heard about the virus situation in Italy and then all weddings there were cancelled in mid-February. Straightaway we knew we had lost the honeymoon.

“People were consoling us about that but I knew the wedding was under threat too.”

Adam, an operations manager with a transport logistics firm, said: “We weren’t sure whether to go ahead or not. The worst time was that grey area.

“Once we knew we were going to postpone, the weight was lifted and it’s a relief now knowing that it’s going to go ahead.”

There might be a silver lining to the postponement cloud as the new date means Jenny’s father, Jim, might be able to walk her down the aisle.

He’s currently in a wheelchair after being knocked down by a car as he was walking Pinchbeck East schoolchildren to a harvest festival at St Mary’s Church.

And Jenny’s 17-year-old cousin Sorcha Lonergan, who recently underwent a second liver transplant, should now be able to attend along with Jenny’s aunty and uncle who would also have missed the ceremony this weekend.

Add in the fact that the bride-to-be is planning to have a second hen do and the couple can relive the whole build-up to the big day and they realise that their despair over not getting married this weekend has its upsides.

Jenny added: “We’re thinking about having a takeaway and bottle of Champagne on Saturday night but I think wearing my dress and veil all day would be going a bit far!”

And Adam said: “I just hope my suit still fits me in 16 months’ time!”