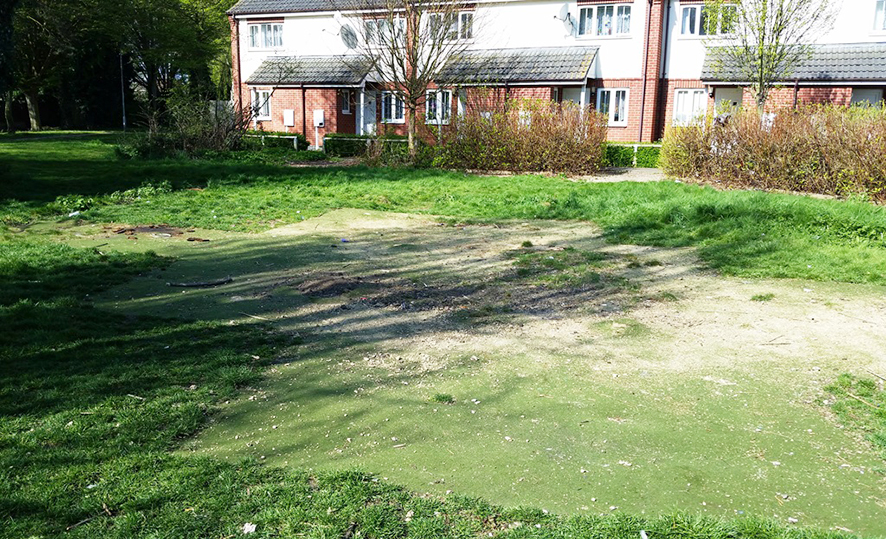 Cleared up as part of the district council's Pride In South Holland campaign: Crocus Walk playing area in Spalding

Children’s play areas across the district have been spruced up by council workers in time for summer.

As part of  the district council’s Pride in South Holland campaign, play equipment at nine sites has been given a fresh coat of paint.

Other play areas to be given a new look include Pennyfields in Pinchbeck, Kingfisher Drive in Surfleet, Casswell Drive in Quadring, and Chalk Lane playing field and Railway Lane, both in Sutton Bridge.

A council spokesman said: “The Pride in South Holland campaign has gone from strength to strength since we launched it last summer.

“The play areas are now looking a lot better and we’re sure everyone using them this summer will notice the difference.”

The campaign was launched in October last year to clean up eyesore sites across the district.

In Spalding, the derelict former Bull and Monkie pub in Churchgate was cleaned up, as was a privately-built play area in Crocus Walk, which had been badly damaged by vandals.

Other highlights include the clearing of over 200 tonnes of rubbish and fly-tipped items across the district.