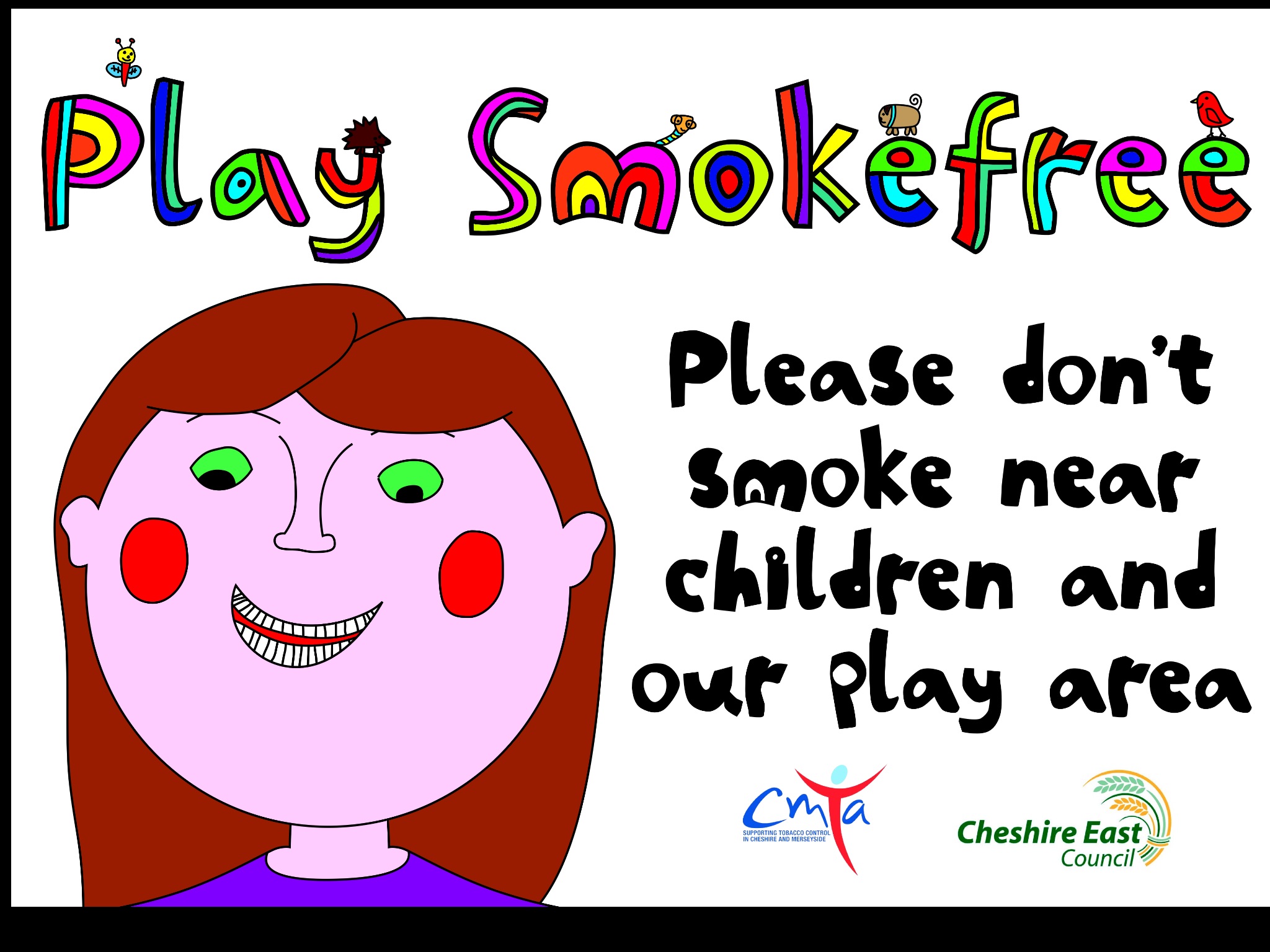 A sign used by Cheshire East Council, which has already adopted a voluntary code of no smoking at play areas

South Holland District Council is asking Voice readers to back a scheme urging people not to smoke at children’s play areas.

Officers also want to know if there is an appetite to see that rolled out to outside schools and nurseries too. 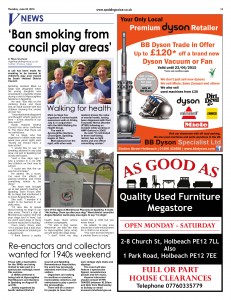 The move follows our report on June 25 (pictured) of a call by Spalding father Mark Le Sage for smoking to be banned at council play areas.

Whilst an outright ban is not possible, the council is keen to offer the next best thing across South Holland.
A spokesman said: “We are considering the possibility of introducing a voluntary code to stop smoking in and around play areas across the district. This is to make these areas as safe, healthy and enjoyable as possible.
“We are happy to work with The Voice to ask people for their views on this proposal and whether they would like to see such a scheme extended to other places, such as areas outside schools and nurseries.
“If agreed, the scheme would see signs placed in such areas, asking people not to smoke.”

To show support, readers should either:

Coupons and emails which do not include a name and address cannot be accepted.

News of the proposed scheme has been welcomed by Mr Le Sage, who was prompted to speak out after his young daughter had cigarette smoke blown over her during a trip to the play area at Ayscoughfee Gardens.
He said: “I think the idea of signs is great, a really good start.
“If there are signs put up and people are prepared to point them out to others who are smoking – I know I certainly will be – this can only have a good effect.
“I’m not saying adults should not smoke, that’s up to them. I’m saying there’s a right time and a right place and that’s away from children.
“It’s really about educating people. There’s plenty of research to show that passive smoking has an adverse effect on children’s health in the future.”