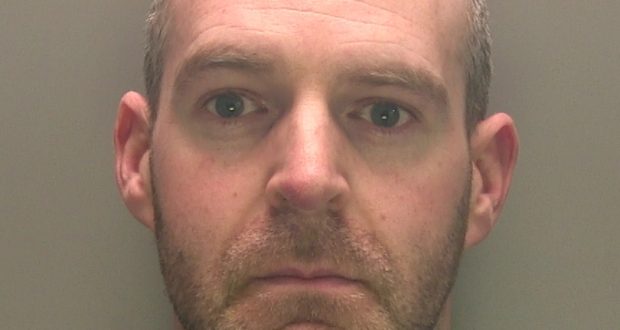 A convicted paedophile and rapist is back behind bars after he was caught downloading indecent images of children as young as two years old.

Raymond Whittle attracting the attention of police again in April 2019 after a mobile phone linked to him was discovered to have accessed the illegal images.

Whittle, who had previously spent nine years in custody after being convicted of 19 sex offences including the rape and attempted rape of young girls, was living at an address in Spalding following his release from jail.

Andrew Scott, prosecuting, told Lincoln Crown Court today (Friday), in a hearing conducted by Skype, that police carried out a search of the Spalding property.

Mr Scott said “The defendant was at home. During the course of the search the police seized a number of devices including the mobile phone which was underneath the defendant’s bed.”

Officers found 212 indecent images of children on the SIM card in the phone but were initially unable to access material stored directly onto the phone as Whittle refused to reveal the code.

The phone was sent away for further analysis and more than 300 additional indecent images were found.

Mr Scott said that at the time Whittle was the subject of a Sexual Offences Prevention Order which banned him from having the type of mobile phone he was in possession of.

The court was told that Whittle had previously received an indeterminate jail sentence for public protection at Basildon Crown Court in 2005 for offences including rape, attempt rape, sexual assault and taking and distributing indecent images of children.

Whittle, 41, was recalled to prison following his arrest last year and is now of no fixed address. Today he admitted three charges of making indecent images of children and a further charge of possession of prohibited images of a child.

The charges involved a total of 553 indecent images of which 67 were in the most serious category.

Whittle was jailed for 20 months. An application for a new Sexual Harm Prevention Order is to be dealt with at a further hearing next month.

Lisa Hardy, in mitigation, said that Whittle completed a number of rehabilitation programmes while serving his sentence and when he came out had tried to start a new life.

He formed a relationship with a woman and had started an Open University degree.

Mrs Hardy said that Whittle appeared to be doing well but then relapsed and found he was unable to cope.