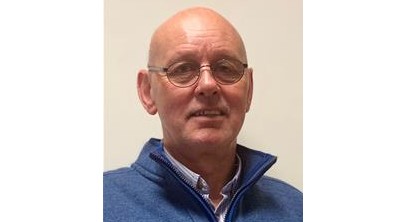 A councillor has raised concerns over council homes potentially not having enough loft insulation.

Coun David Wilkinson, the independent member for Long Sutton, raised the issue at a recent meeting of South Holland District Council’s Performance Monitoring Panel after inspecting a constituent’s property himself.

Following the meeting, Coun Wilkinson said: “They’d told me they were getting black mould in their property no matter how strongly the radiators were on and that in itself they were find expensive to run.

“I asked to see the roof and instantly saw they only had about two inches of roof insulation.

“I can’t see the point in spending thousands of pounds on the latest boilers if we’re not going to insulate homes to a reasonable level.

“Adequate loft insulation makes a massive difference, especially to some of our most vulnerable tenants who may not be able to afford to have the heating on as much.

“The council has thermal imaging guns so they can see where homes are losing heat.”

At the Performance Monitoring Panel meeting, its chair Coun Bryan Alcock said: “Most of us would believe that sort of requirement did include that. If we have got properties with the levels of insulation as described then we need to do something about it.

“I believe we have done some insulation to properties with external walls and it would surprise me if we’d done it to those but not the loft.”

Coun Rodney Grocock told the meeting he was ‘staggered’ by Coun Wilkinson’s claims and that he “thought everyone had to have six inches of insulation in the loft”.

Council officials did say that all properties had Energy Performance Certificates that were rated at least E, the minimum efficiency level required to allow someone to let a property.

The committee asked officers to get back to them on what the guidance and current best practices were over loft insulation and how many council homes met that standard as well as how many met the Decent Homes Standard.

A South Holland District Council spokesman said: “As a council, we are committed to enabling our residents to live in high-quality housing and that our homes meet the Decent Homes Standard across all its criteria, including loft insulation.

“We are constantly looking at how we can improve and develop our homes, and any feedback from our tenants is valuable for this.”