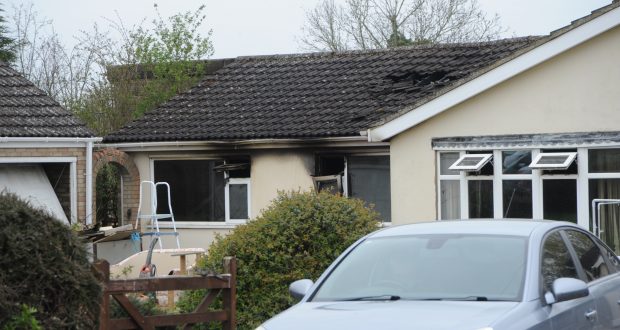 An appeal to help a Gedney Hill family whose home was destroyed by fire in the early hours of this morning (Wednesday, April 1) has already raised nearly £2,000.

Fire crews were called to the bungalow on West Drove North at around 2am this morning with Lincolnshire Fire and Rescue now saying the fire started in fan heater.

A spokesman said: “Lincolnshire Fire and Rescue were called to West Drove North in Gedney Hill at 2.01am. Appliances from Crowland, Holbeach and Spalding attended to reports of a fan heater on fire. Although the last appliance left at 7.41am, crews are re-inspecting today. “

As well as the Just Giving page, Gedney Parish Council have received a number of offers of clothes to help the family which includes four siblings aged eight, 10, 13 and 19.