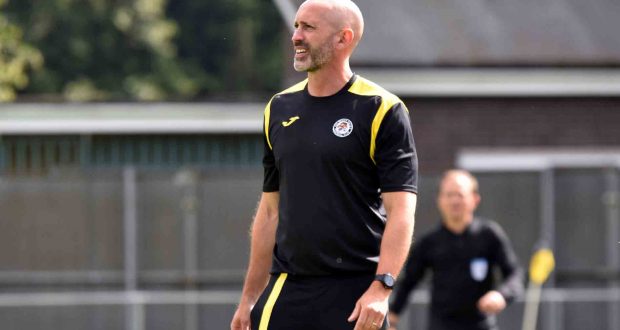 Holbeach United boss Danny Hussey has expressed his pride with the current squad after they donated £800 of expenses to help aid others during the coronavirus crisis.

The Tigers have forfeited money that would have been in their pocket following the 6-2 win Uhlsport UCL Premier Division win over Lutterworth Town on March 14 and instead split it between the Holbeach Community Larder and Tigers Social Club.

The Larder, which was the brainchild of Rev Rosamund Seal, will issue food parcels to those in need for the duration of the COVID-19 outbreak. Tigers Social Club, meanwhile, is shut down in the wake of the pandemic and is missing out on regular trade.

Hussey, who probably won’t manage Holbeach again after the UCL season was all but declared over, said the gesture is in keeping with what he’d expect from the group of players.

“I spoke to them and made the suggestion that we should try and help the community in some way,” said Hussey. “This is what they came back with

“Obviously the football club is closed down and no money will be coming in through the gate or socially. To be honest, I don’t see that changing this season.

“So, we thought we could do our bit and help the community and the club in some way and came up with the plan of supporting the Larder, which is a bit like a food bank.

“Absolutely none of the players said no to the idea and they all said they were happy to help in any way they could. It’s a really great gesture and sums up my lads, they really are a great bunch and I’m really proud of them.

“It may not seem like a huge amount, but if it helps feed a few people and also puts money back into the club, that’s very important.

“We really want to support the community now in this time of need. Maybe they’ll return the favour when football returns to Carter’s Park next season.”

Hussey has also urged people to either support the Larder or reach out and contact them if they are struggling to cope with the hardship the nation is facing.

A simple Facebook search of ‘Holbeach Community Larder’ will bring up all of their details.

The most recent post, by Rev Seal on Saturday, said: “The Community Larder will continue to be open on Fridays from 10am-1pm at Holbeach Reading Rooms for those who are able to come along in person to collect a parcel.

“However for those who are unable to collect in person, or are having to self-isolate, and for agencies requesting parcels on behalf of their clients, it is now possible, for the duration of the current crisis to ring 01406 424989 between the hours of 9am-noon Monday to Wednesday for a telephone interview to ask for a parcel to be delivered. Our delivery day will be on Wednesday.

“Parcels delivered on Wednesday will be standard pre-packaged parcels, whereas on Fridays parcels can be tailor-made for your needs and include fresh foods if they are available.”

“They are an amazing group of people who are trying to ensure that people don’t go without and should be given great credit.

“Hopefully other teams, people, businesses or organisations can follow our lead and help in any way they can.” 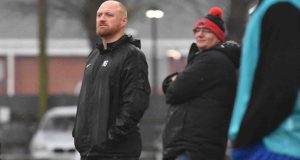 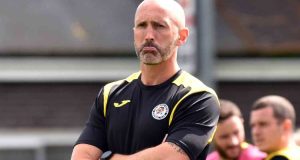 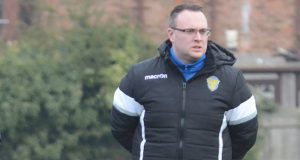