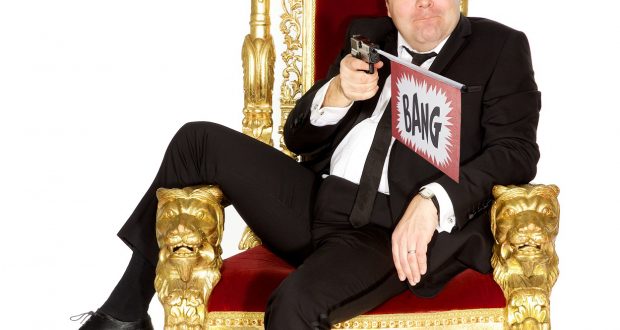 Star of his own Radio 4 sitcom, Hal has also been seen on TV in comedy shows including Have I Got News for You?, The Great British Bake Off; An Extra Slice, Would I Lie to You and The John Bishop Show.

In Straight Outta Cruttenden Hal captures the frustrations of the modern world in a wickedly comic way, ranting about some of his own personal hardships: his children mocking him and backache!

You can catch Hal’s gig at the South Holland Centre at 8pm on Friday.

Due to the adult nature and strong language featured in this show there is a strict 16+ age guide.