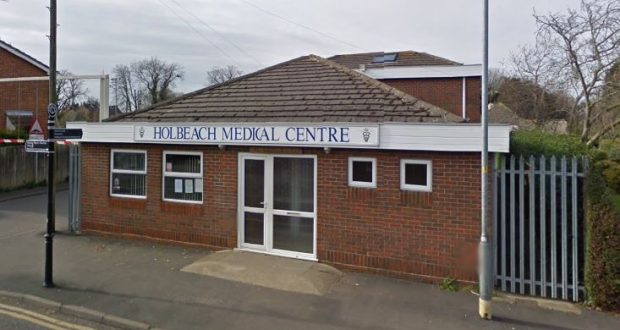 Holbeach Medical Centre has been threatened with closure unless it improves after being rated ‘inadequate’ for a second time this year.

The Park Road healthcare provider with 8,179 registered patients was served two warning notices for breaching the Health and Social Care Act 2008 when inspected by the Care Quality Commission (CQC) in January.

An announced inspection on April 18 was held to ensure the legal requirements in relation to the breaches had been met.

Dr Rosie Benneyworth, chief inspector of primary medical services and integrated care, states in the CQC report of the latest inspection: “The service will be kept under review and if needed could be escalated to urgent enforcement action.

“Where necessary, another inspection will be conducted within a further six months, and if there is not enough improvement we will move to close the service.”

However the report says that no member of staff had signed up to receive drug updates.

“This meant that there was no routine monitoring of patients in respect of the updates which posed a risk to patient safety,” the report continues. “The system of reviewing patient medicines and re-authorising repeat prescriptions was not effective and patients in receipt of high-risk medicines and medicines that require close monitoring had not been prioritised.”

The official CQC rating remains ‘inadequate’’ overall and ‘inadequate’ in the categories of being safe, responsive and well-led.

It’s ranked as ‘Requires Improvement’ in two other categories of caring and effective.

The Voice approached Holbeach Medical Centre for a comment but had not received one at the time of going to press on Wednesday.