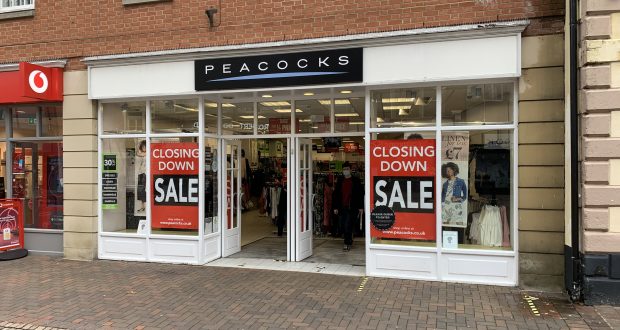 Both the local branches of Bonmarche in Bridge Street and Peacocks in Market Place have announced to customers they’re closing down.

The Bonmarche chain went into administration in October 2019 and was bought by Peacocks which itself is owned by Edinburgh Woollen Mill.

That company announced it was closing 50 stores last week.

Last month Lloyds Pharmacy told The Voice it could “neither confirm nor deny” it’s Spalding branch, which is also in Market Place, was to close.