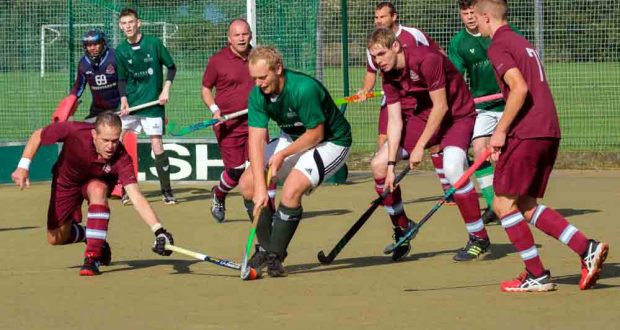 The East Hockey League has declared the 2019/20 season complete with immediate effect due to the coronavirus pandemic.

The league, which houses clubs from both Spalding Hockey Club and Long Sutton Hockey Club, only had one round of scheduled fixtures remaining.

However, with some clubs still had a number of outstanding fixtures to squeeze in after postponements during the stormy winter.

The league plan to use a “percentage points basis” to complete the tables, but have stressed that tables shouldn’t be considered final until all investigations that may include points deductions are completed.

“The committee have agreed that the 2019/20 season will be viewed as completed with immediate effect.

“The reason for this is on the back of England Hockey’s advice that all hockey should be suspended to at least April 25. The scheduled league slip dates are well before that date, so could not be used.

“The committee have also taken notice of the Chief Medical Advisor to the Governments advice that the current restrictions will probably be in situ for a few months rather than weeks. So, to delay the conclusion of this season would have a serious impact on organising the League for the 2020/21 season.

“To calculate final league positions, we will use a percentage points basis. This is calculated on total points won (three for a win, one for a draw), minus any points deducted for disciplinary offences, then divided by the total number of points available from the games played, multiplied by 100 to give the percentage.

“Should teams have the same percentage points goal difference will then be used.

“Using this basis takes into consideration that at the point we have closed the season not all teams have played the same amount of games and this method gives fairness to all teams.

“This is because a number of league managers have some investigations on going which may result in points being deducted through breach of rules and any decision a league manager makes is open to appeal by the club involved.

“The committee will provide a final notice when the league tables are final and we hope to do this in the week after the Easter holidays.

“We realise this decision will not please some, however even the most ardent objector will realise the situation we are in is a first in the history of the East League or any regional league in the country.

“To simply leave the season open until we can play again would have a severe impact on the planning for next season and we know that many clubs who hire pitches from schools and colleges need to confirm their bookings prior to the school holidays.

“We hope everyone in the hockey family remains fit and healthy and we hope that the current situation we find ourselves in passes quickly so we can get back to the game we love.”

The final tables as they stand will be printed in next week’s Voice.