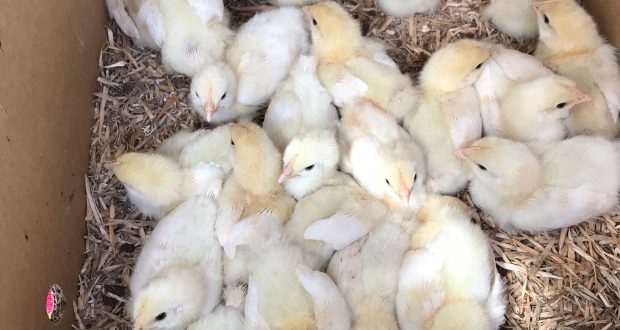 Chicks were left to die

Over 140 chicks, 60 of which were dead, have been found dumped in Tydd St Mary.

They were found in North Road on Saturday, April 13.

It follows a similar incident were 26 chicks were found dumped in Newton, Cambridgeshire.

Justin Stubbs an inspector for the RSPCA, says they believe the incidents are linked.

“It is very unusual to have such a large number of chicks abandoned,” he said. “The member of the public who found the second lot of chicks was fantastic and they drove them over to our wildlife centre where they are currently being cared for.

“We are grateful to a number of people who have come forward to offer homes to these birds.

“Whoever dumped these birds had effectively left them to die, they had no access to nearby food or water or shelter from predators and had they not been found, then sadly the rest would have perished as well.

“The chicks were also found with nine joints of meat and sawdust.”