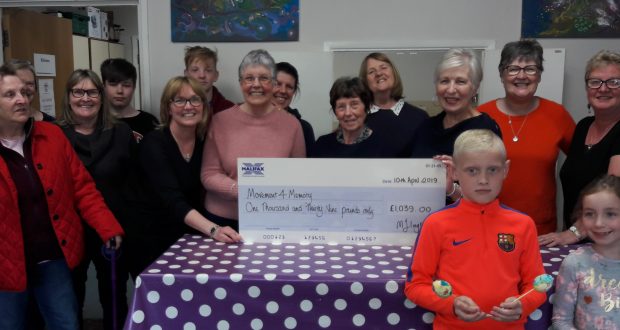 A group that helps people with dementia were ‘absolutely stunned’ after two sisters donated over £1,000 they had raised.

When Anna turned 70 last year, they also asked for donations towards the group which needs to fund itself to run.

“We decided to do it for Tonic Health for our mum and the fantastic work the charity does in and around Spalding.

“It’s a fantastic group that keeps those that attend active including doing things like aerobics and crafts.

“The response we had to the party from everybody was fantastic and raised £800 and with donations from mum’s birthday we were able to raise £1,039 altogether.

“Thank you to everyone who has supported us by coming along on New Year’s, donated money or those who donated raffle prizes.”

“We had no idea how much they’d raised and when we saw that figure we were absolutely stunned.

“It was a beautiful moment.”