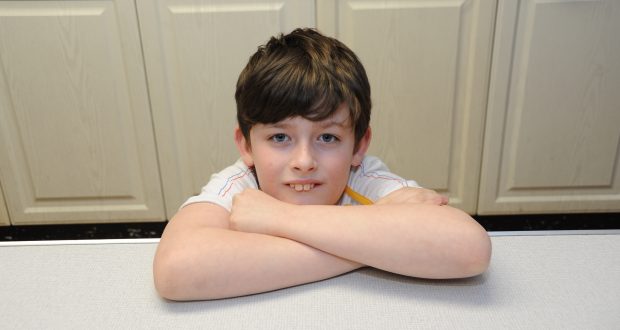 Playing and homework is the only worry for most nine-year-olds, but Jayden Reynolds also has to look after his family.

Due to his mum’s mobility problems through disability and his father’s long working hours to provide money for the family, Jayden, of Holbeach, does a huge amount of the family’s housework, including the cooking for his younger sister Kacy (7).

He’s one of many under 18s in South Holland who have to take on more adult duties as a necessity.

One 15-year-old is now the main carer for her disabled sister after her mum suffered two strokes in the last six months. 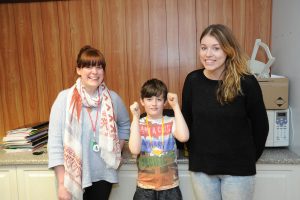 Another 13-year-old is responsible for her four younger siblings and mum who has a crippling back problem.

Every two weeks it provides somewhere for the young carers to meet those with similar experiences as themselves.

Not only does it get them out of the house, but the care workers can offer support and life lessons for young people who don’t see what they do as abnormal.

Jayden speaks of his hours doing the housework before and after school as if it’s something all nine-year-olds do.

When asked what he does for his mum, he says: “I do that much for her I don’t really know. I do so much I can’t do my homework and that’s where my helper comes in at school. She helps me do my homework.

“Looking after my mum is amazing and it makes you feel good because you’re helping other people.

“Young carers is just amazing. The group has made me have so much fun and learn about how to care for my mum.

“I can just have fun while learning about disability.

“I have made quite a few friends. If they need my help I can talk to them and if I need their help they can talk to me. It’s given me way more confidence.

“It’s my catchphrase now but I’ve learned you don’t need to be a young carer to care.” 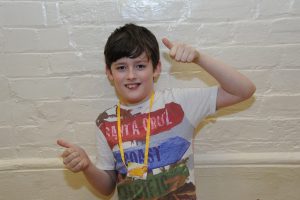 Jayden doesn’t have a least favourite housework job (he says they’re all amazing), but also admits not liking cleaning up after their pet cat.

One of the things he seems almost disappointed in himself about is that he’s “not very good” at cooking.

In his previous visit to young carers the youngest ones who are still in primary school had learned how to make their own pizzas.

Jayden went home and did just that for his mum.

“I made the meals for my whole family,” he beamed. “They loved it.”

Emily Sealey is one of Lincolnshire County Council’s care workers who oversees the group.

“Jayden’s lovely and he’s been really good at talking about Young Carers,” she said. He’s been doing loads of work with his school and for young people like Jayden who help look after someone at home it’s really nice when they can speak out and explain to other people what it’s like to be a young carer and help us raise the issue.

“They do have to take an adult role quite often and have different responsibilities to other young people of their age.

“For some when they get here (to Young Carers) they have the opportunity to be children again. Some times at home there’s more serious stuff going on.

“It’s hard for parents and some feel really guilty about the fact their child has to help look after them, so they want their youngsters to do more normal things.

“I wouldn’t say young carers are very vulnerable but they have the potential to be. It’s quite a different dynamic to their group. They’re so open and trusting of other kids. Whatever child that comes through the door, the others are so accepting of so it’s a really special little group.” 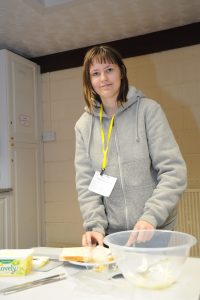 Young Carers has certainly been a help over a number of years for Zoe Hudson (17).

The art and design student‘s mum is partially sighted, her dad struggles with arthritis and her brother is autistic.

She said: “It was hard before the group as nobody knew what I was going through. Finding who have gone through similar sort of things and talking about it has been great.”