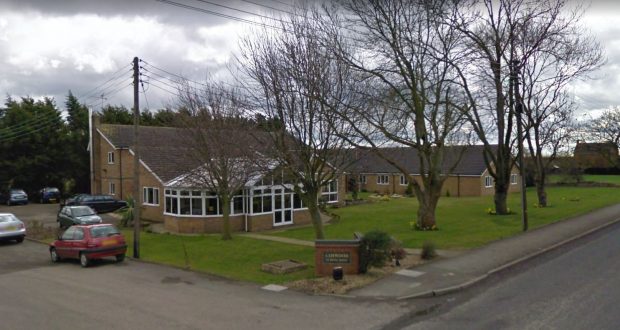 The devastating effects of coronavirus on care homes have been laid bare with one having reported a number of deaths in recent weeks.

Ashwood Care Home in Spalding Common, which is run by Country Court, has seen a large number of infections, though the company has not said exactly how many people have tested positive or died as a result of the virus.

Although those relatives The Voice has spoken to have been full of praise of the level of care and support from staff, there’s been concern over the lack of information over the virus’s spread in the care home.

A spokesman for the care home declined to give exact figures.
The relative, who wishes to remain anonymous, felt disappointed that the care home’s website still described Ashwood as “COVID safe”, though Country Court has since taken that off.

She said: “The staff are doing the best they can in the situation they find themselves.

“I was disappointed with the lack of communication.”

A spokesman for Country Court said: “We can confirm that as part of weekly mass testing a number of positive cases have been identified at Ashwood Care Home.

“Sadly during this period we lost some residents and our thoughts and condolences are with the families at this time.

“The majority of residents are now in recovery.

“The managers and staff at Ashwood are continuing to implement the infections and control procedures and guidance provided from Public Health England.”

Tony Britton’s partner Kay (71) is one of those in the home who has tested positive for COVID-19.

He tweeted about his worry when the first COVID-19 case was identified in the home, two days before Kay tested positive.

The couple, who celebrated their golden wedding anniversary in September, haven’t seen each other for six weeks.

He described not seeing her as “shattering” but was full of praise for the staff.

He said: “The staff there aren’t doing anything wrong and the home’s been locked down again for just over a month.

“They’re doing their best trying to prevent this lethal disease.

“They’ve always provided superb care and I can’t find anything to fault them.”