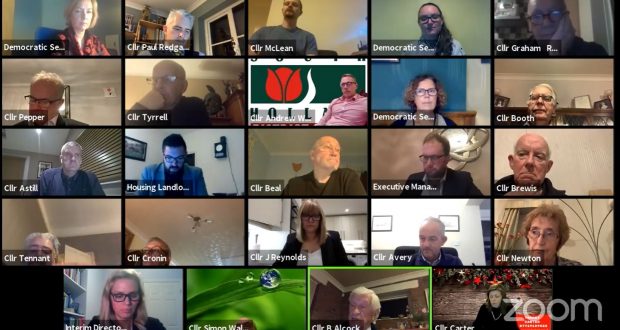 Businesses urged to get on board with town centre plans

Spalding businesses are being invited to provide financial and physical help to make the town centre better while a survey of residents is set to be launched.

It followed a discussion on the Town Centre Improvement Plan, which includes Holbeach, at a joint meeting of the Performance Monitoring and Policy Development Panels last week.

Speaking to councillors at the meeting, interim director for place at South Holland District Council, Emily Spicer, told the panels: “It’s a plan on getting the fundamentals right.

“It’s not just a council plan. This is about fundamental sign up of those involved to build our time together.

“It’s not just a talking shop its about using the using the resources of others, for example there may be someone on the group who is good with IT or someone who knows how floral display should be put together.

“They may be small changes but together the impact will be really strong.”

What is needed in both Spalding and Holbeach were discussed at length with £500,00 having been set aside to be spent on the towns over the next three years.

Mrs Spicer continued: “That money isn’t going to go too far and we need to be honest about that, but this is an absolute mechanism to ensure that can access funding streams where we can, to encourage others to put money in where they can.

“There’s lots of opportunities and the potential use for Section 106 monies.

“There’s also Section 106 monies that can be utilised by this plan that can really put the proper footsteps in to ensure we move forward.”

Coun Bryan Alcock was among those that gave an an impassioned speech on what the council needed. You can read a transcript of his full speech below.

He called for better cleanliness, utilising the river, more be made of the town’s food and flower heritage, unified market gazebos, looking at parking and enforcement, improving some shop fronts and making the most of the civic centre among a host of priorities.

The meeting heard that a survey of local residents is to become live.

Chair of the steering group Coun Harry Drury said: “The key to this is partnerships and encouraging people to understand this isn’t just a council initiative and is an initiative for businesses in the towns and that they need to be on board with this.

“It’s looking at the town with a realistic viewpoint and giving people confidence to come back into the town and shops.”

Coun Bryan Alcock’s speech: “It seems to me over a period of time we’ve tended to being a bit slow in realising that something was going wrong with Spalding.

“We’ve touched on the cleanliness in some parts of Spalding.

“We’ve got to get the fundamentals right. If we don’t there’s no point in going on with any other schemes.

“We need to get the cleanliness of the town right and we need to do something to get toilets fit to go in.

“The ambience of the town needs improving.

“We need to build a reason for people to want to go there and understand what it has to offer.

“It’s got the river and we’ve to some extent neglected the area around High Bridge. There’s repairs been wanting doing there for some time.

“The river is absolutely magnificent and could be made much more of.

“The area still has an importance and identity for flowers and lets for goodness sake get flowers into the town and celebrate.

“We have a reputation for growing food in the area and had a brilliant idea to create a focus in Spalding for Lincolnshire and surrounding counties food which we as an authority made an absolute mess of, that’s the Red Lion Quarter.

“What a pity we didn’t get that going.

“There’s an idea there to try and recreate that idea for Spalding, bringing focus into the town.

“Wi-fi and connectivity has been mentioned and it’s desperately important.

“We’ve been labouring over the markets situation for several months.

“A hotch potch of gazebos of all different designs, different states of quality won’t create a market that people want to go to and find attractive.

“Market Place and Hall Street is governed by the county council. ‘The feature’ in quotes (the old drinking fountain which is proposed to move into the town) that we’re able to establish outside the Civic Society was watered down as it was not to the liking of the county council.

“We allegedly have a pedestrianised town centre but every time I’ve been down there during the day with the exception of market days there’s been up to 10 cars happily parked there and nobody doing anything about it.

“I know parking control is something the county council should be responsible for and letting out to a private organisation, but surely to goodness if we want people to go there we need someone to control that if that’s what we want.

“We have people parking at the end of Bridge Street and leaving their cars along period of time and in Sheep Market all on double yellow lines.

“If that’s a demand for parking lets do something about reorganising the parking regime.

“At the end of Bridge Street there’s a space to create some different sort of parking but you’d need enforcement to control that.

“There’s endless spaces around the Market Place but we need ot actively get landowners into other uses.

“The railway is another problem with the town to deal with. When you’re locked into the town there’s no escape route so probably some reorganisation of spaces at traffic lights is something that needs looking at.

“In the surrounding areas around the town we have a number of shop fronts that are extraordinarily unattractive.

“All these things are little things but we can start on dealing with as many off them as we can so we can try and make Spalding so people want to come back to the town.

“The Market Place is an ideal place for the cafe culture which has been mentioned but we need to think about how we encourage that.

“We’ve the Civic Centre there. We can use it for refreshment purposes but I suspect in the near future there will be little opportunity to fill it for what it was used for so why not utilise it for something different.

“There’s so many ideas that can be fed in.” 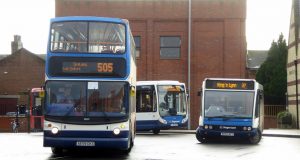 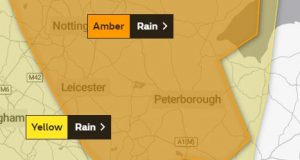