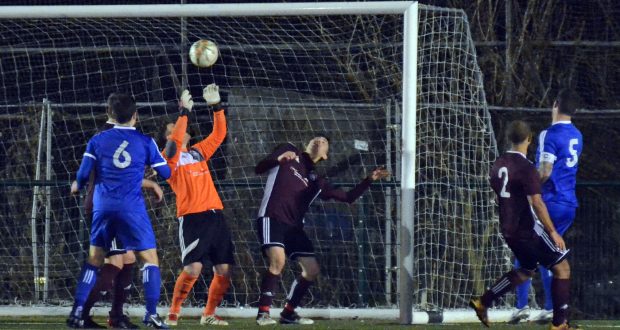 Although they had a spree of golden opportunities, Holbeach were fortunate not to suffer a more severe beating as Yaxley, who were inspired by rampant right winger Matt Sparrow, rattled the woodwork three times on the night.

Tigers boss Seb Hayes declared himself “bitterly disappointed” with the showing and dubbed the performance “lazy”.

He also called his side’s lack of discipline “embarrassing” and felt the 3-0 scoreline still flattered his men. 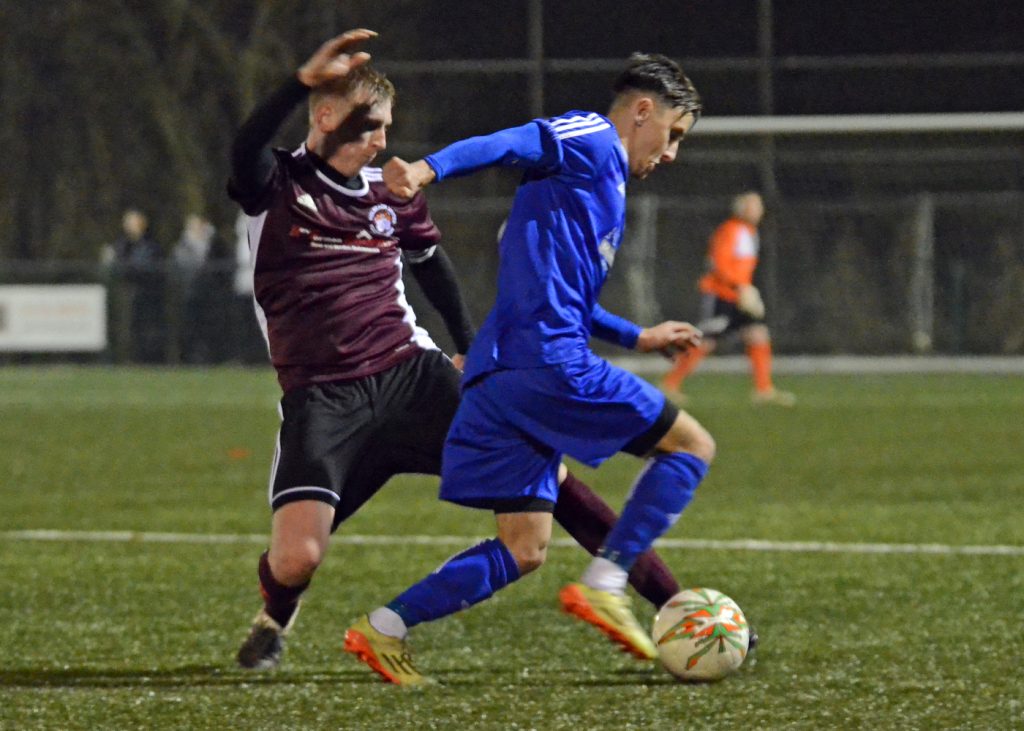 “We could have been beaten by six or seven, in all fairness,” bemoaned Hayes. “The lads just didn’t do what we asked them to do.

“We sat off Yaxley, we let them do what they wanted and they dictated the game.

“There was no work-rate from us, it was a lazy performance. Any time a team outworks us, we get beat.

“We did have some good chances. Charley Sanders and Lewis Leckie both should have scored.

“But look at the game. We had maybe three good chances – I’ve lost count of how many they had. 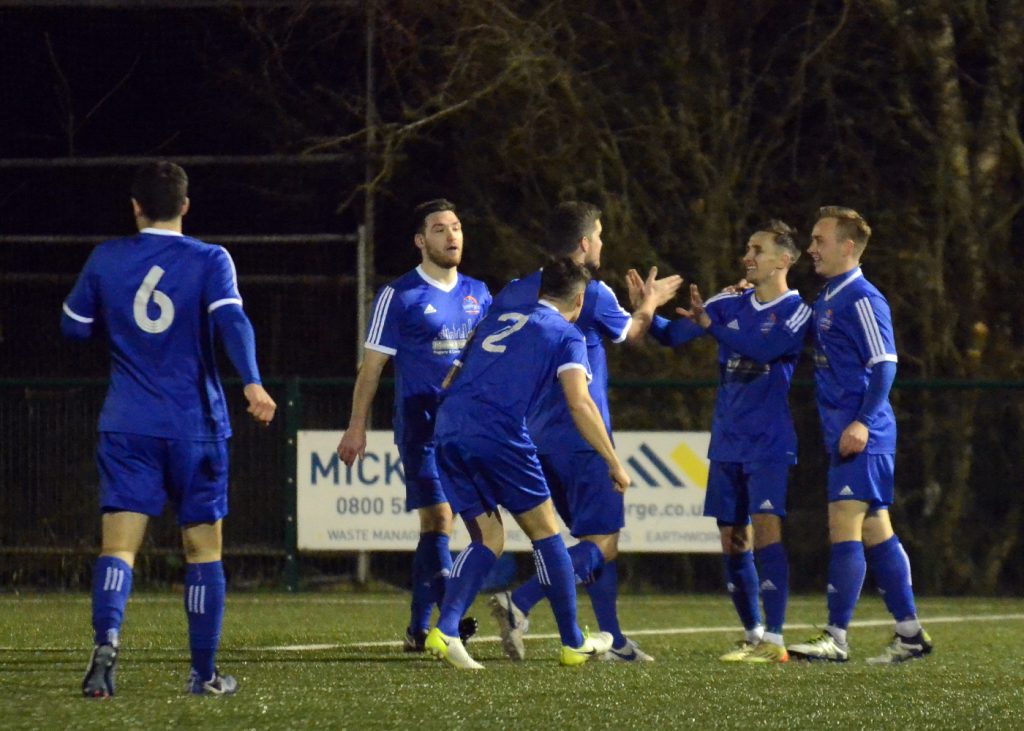 “For me, Yaxley did things that they haven’t been good at in the last three years.

“They’ve always been capable of good football, but you used to be able to rough them up a bit, out work them and bully them.

“But they bullied us and we couldn’t manage to perform under the pressure. I could see our heads go.

“The discipline was a joke. I ripped into them after the match, some of the fouls we gave away were embarrassing.

“We’re lucky that we finished with 11 men – a stronger referee could easily have seen us down to eight players. 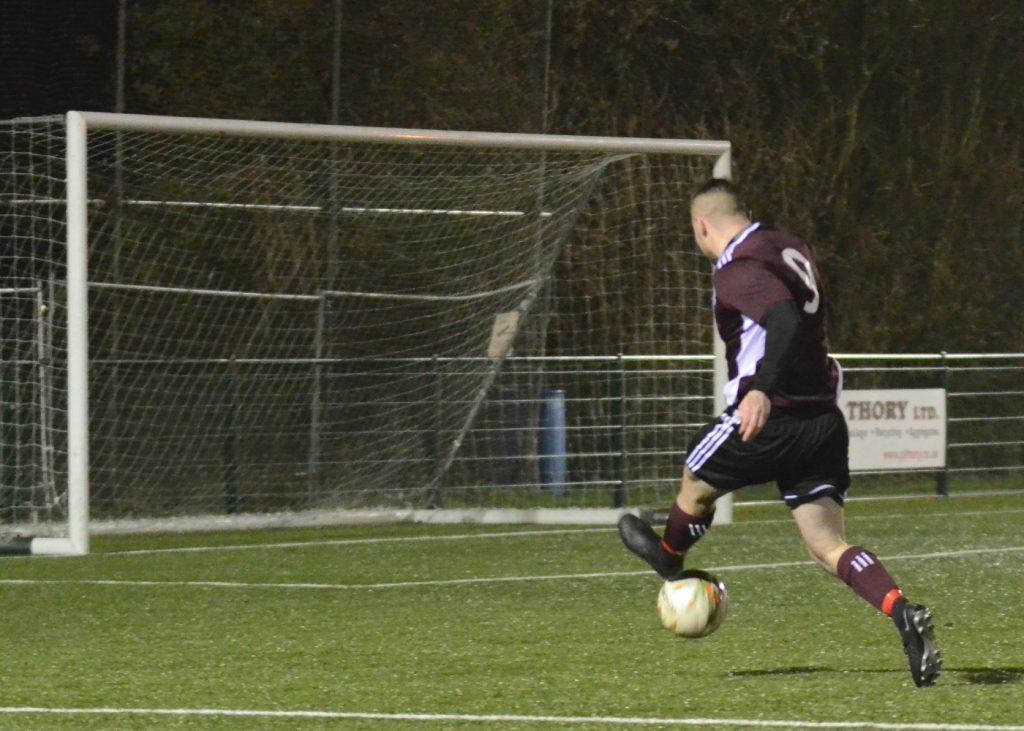 KEY MISS: Lewis Leckie fluffs a sitter with the score at 1-0. Photo by JAKE WHITELEY

“We’re second in the league, but we haven’t come here and given a good account of ourselves in a cup semi-final.

“We had a lot of players missing, but I’m not going to blame that – it would discredit Yaxley, who were much better than us.

“I praise my team enough, but they’ve got to take the criticism after this performance. It wasn’t good enough.

“Look at what happened to our captain Nick Jackson, who I have a massive amount of respect for.

“It got to the point where they were torturing him down their right-hand side and everything was going down that flank.

“Who from the rest of the team decided to double up and help him? Nobody. Nobody helped their captain out. 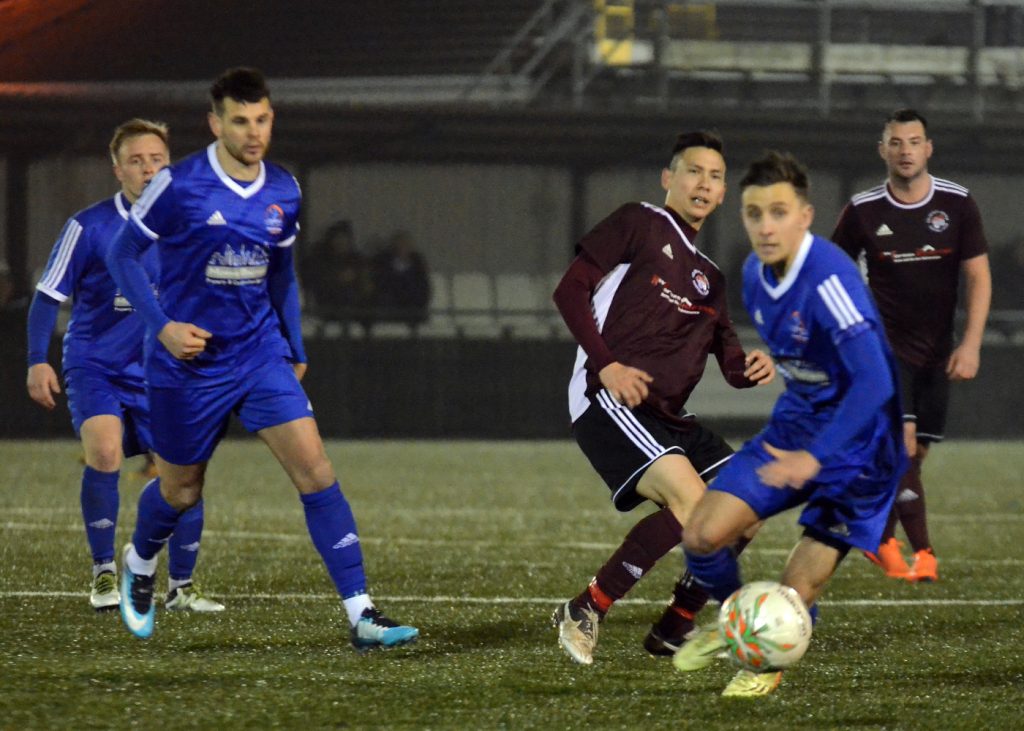 ON THE BALL: George Zuerner sends a pass through. Photo by JAKE WHITELEY

“Nick has been a brilliant captain, but he was badly let down by his team-mates. I can’t have that, it shouldn’t happen.

“He held his hands up and said he wasn’t good enough, but he never stopped trying.”

Ollie Medwynter was the surprise name in the Holbeach line-up for the semi-final, with the dual-registered right back having been given permission to play by Peterborough Sports.

Both sides had chances in the opening exchanges with Will Bird nodding a Danny Brooks free-kick straight at the keeper and Waumsley heading over at the other end.

However, it was Yaxley who fashioned the first clear-cut chance when Matt Sparrow bombed down the right and crossed for Phil Stebbing. 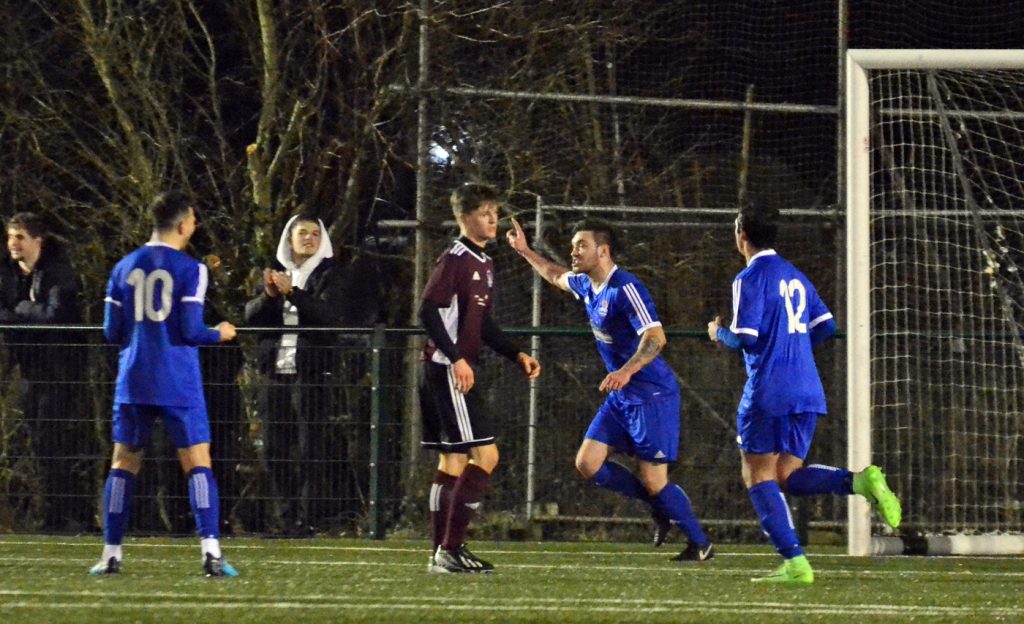 The striker had his initial effort saved superbly by Ricky Drury, then saw his rebound clatter the post from close range.

The chances continued to flow for both sides, with Bird half-volleying over from close in following a Leckie cross.

The lively Bird then curled a long-ranger just wide, moments before Sparrow worked Drury with a fierce cross-shot that was palmed away at the other end.

But Holbeach did end the first period on the back foot, with Waumsley going within a whisker of putting the home side ahead.

He met a corner with a free header, but saw his goal-bound effort kicked off the line. The ex-Holbeach hitman claimed the ball had crossed the line, but the official disagreed.

After the break Holbeach were gifted a golden opportunity to open the scoring following a defensive mix-up, but Bird shot tamely at the keeper. 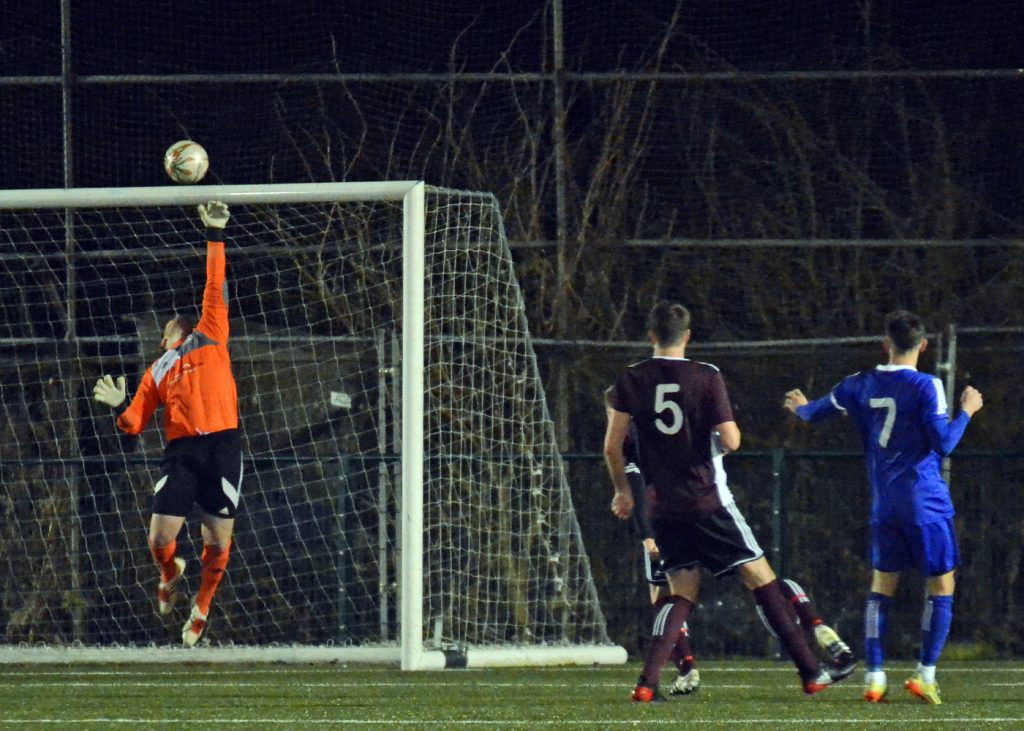 That sparked Yaxley into action and they almost took the lead when sub Teddy Haime rifled an effort into the side-netting from close range.

Holbeach didn’t get so lucky moments later, though. Sparrow raced down the right again and sent in a low cross aimed towards Haime. He stuck out a leg, but it was defender Tinkler who diverted the ball past his own keeper.

Bizarrely, the goal served as a shot in the arm for the Tigers. They should have levelled immediately when Leckie got in behind and rounded the keeper, only to miscue his effort with the goal gaping.

The usually lethal Leckie got clear again from the next attack, but saw his poked near-post effort saved by Sutton.

With play now end-to-end, Drury was again called into action to keep out Liam Hook’s low drive following another menacing run and cross from the excellent Sparrow.

It was that man Sparrow who laid on the game-clinching second goal 19 minutes from time, too, as he delivered another great cross for Waumsley to nod home from a few yards out.

If the Tigers were to find a way back into the game, you sensed they had to pull one back instantly. They had a chance to do just that, but sub Sanders was denied by Sutton’s legs when bearing down on goal.

Yaxley still had time to rub salt in Holbeach’s wounds as Ross Watson – another ex-Tiger – was afforded the freedom of the box to head home at the back post from a corner.

It could have got worse for Holbeach as Dan Cotton twice hit the woodwork in added time, with the hosts deserved winners in the end.