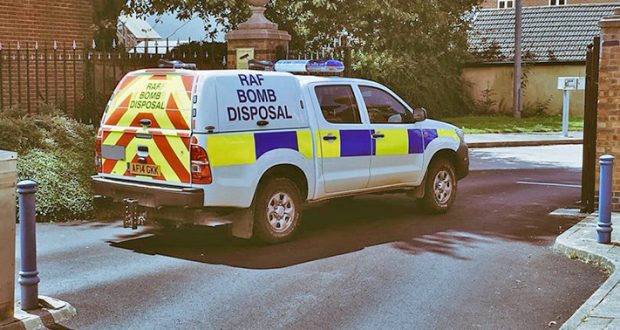 A World War Two mortar shell was taken to the station last Wednesday as part of a weapons surrender being run by the force.

Bomb experts were called out to deal with it – only to return on Sunday when a hand grenade arrived at the station. The antique grenade was also taken is as part of the force-wide amnesty which ended on Monday.

“We would urge anyone who has anything similar not to move them. Just because they haven’t gone-off for 70 years does not mean that they won’t,” said South Holland area Inspector Gareth Boxall.

Insp Boxall said it was believed the shell had been kept in an attic for years before being handed-in.

The station was closed again on Sunday, along with some of the surrounding public areas, when a hand grenade was taken in by another participant in the amnesty.

The Ordnance Disposal team was again called out and they made the grenade safe.

“We are glad people are handing these things in as it keeps Lincolnshire safe, but would urge them not to move them – contact us and we will deal with it,” said Insp Boxall.