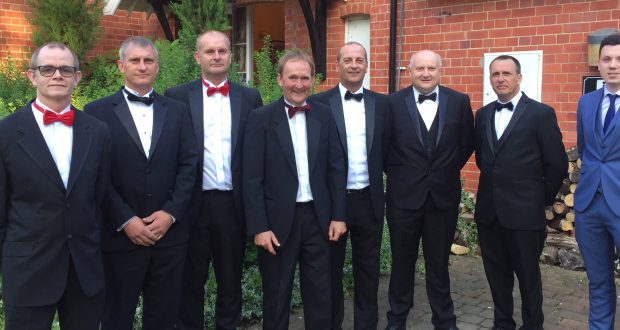 Holbeach Fire Station has been recognised for achieving 100 per cent at its annual audit and visit by the chief fire officer group.

Seven crew members were at The Dower House Hotel at Woodhall Spa for the 2017 Celebrating Success awards ceremony for the presentation of one of the four “Beacon Station status” awards, which were sponsored by Bristol Uniforms.

Watch manager Gary Burton collected the award from chief fire officer Nick Borrill.
Five members of the team missed the awards do in order to provide a crew at Holbeach.