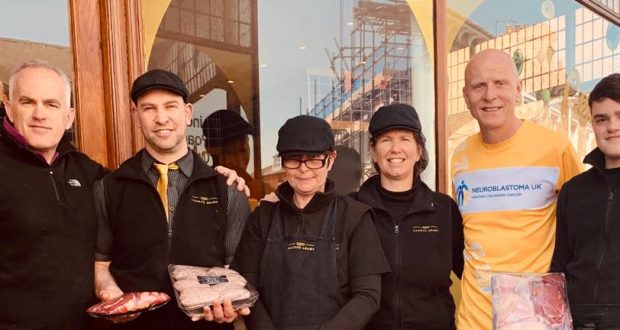 Trevor Darnes (in yellow) with supporters from Geo Adams.

Celebrating his daughter’s 21st birthday prompted a Spalding man to sign-up for the London Marathon and raise cash for a cause close to their hearts.

Ashleigh Darnes had only a 20 per cent chance of surviving a life-threatening childhood cancer when she was two years old.

Her case of neuroblastoma was very severe and it spread from her kidney to her spine, pelvis and upper legs.

She survived a barrage of hospital treatment and now works for Compare the Market insurance company in Peterborough.

Her dad Trevor (55), decided to raise money for Neuroblastoma UK by running the London Marathon.

“We were told to expect the worse at that time only around 20 per cent of children survived stage 4 neuroblastoma. 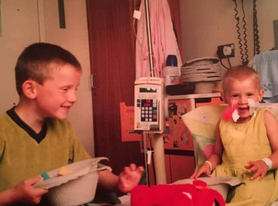 Ashleigh when she was ill, with her brother Jack.

“Ashleigh endured months of high-dose chemotherapy and had major surgery to remove the primary tumour.

Unfortunately her left kidney had to be removed as the
tumour had wrapped around it,” he said.

She also developed pneumonia and spent two weeks on a ventilator and the future looked bleak at that point.

“I ran the Boston UK marathon for the first time three years ago and when I finished I said ‘never again’,” he said.

But the occasion of his only daughter’s 21st last year made his mind up about raising money for the charity and he decided to brave another marathon, but this time in London.

He will be joining the starting line with thousands of other runners on Sunday when the streets of the capital city will be packed with supporters.

Trevor will be cheered on by Ashleigh, his wife Clare and their son Jack (25).

“I am looking forward to it, but I have booked the Monday off work,” he said.

He has a fundraising page on the internet and was heading towards raising £4,0000 through donations and sponsorship.

He has been supported by friends, family and colleagues across South Holland.

Spalding butcher Geo Adams is among those helping him raise as much money as he can.

“We are pleased to be supporting Trevor in his fund raising efforts,” said Rachelle Chew, of Geo Adams.

Trevor’s running number is 38112 and he can be tracked on the day via a smart phone app. 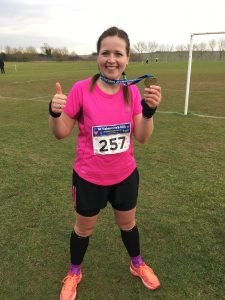 Spalding businesswoman Monika Todd will be running the course to raise cash for ten-year-old Alethia Greenfield, of Donington, who is being cared for by her mum Emilia after she lost the ability to walk as the result of a mystery illness.

She is waiting for an appointment at Great Ormond Street Hospital.

Monika, a business and personal development coach, is helping raise £5,000 for a special car seat for Alethia.

She also has an online fundraising page at: www.justgiving.com/crowdfunding/monika-todd-team-alethia