Ayscoughfee Hall Museum is set in a Medieval Hall dating back to around 1451. This fascinating grade I listed building includes exhibitions, displays and educational opportunities for all to enjoy.

Entry to the Museum and Gardens is FREE.

Museum – The Hall is open from 10.30am to 4pm, Wednesday to Sunday, and Bank Holidays too.

Ayscoughfee Hall is thought to have originally been built in the early 15th Century as the home of a local wool merchant.

Dendrochronological or tree-ring dating has recently been carried on some of the original roof timbers, which have been dated to around 1450, making the Hall over 550 years old.

Throughout its history the Hall has continued to grow and develop, with each owner changing the building to represent their needs and the fashions of the time. This explains the rather Gothic-looking Victorian frontage, the Georgian ceiling best seen from the Entrance Hall, and the whole host of Medieval features exposed and explained throughout the Hall.

Once the home of the prestigious Johnson family, Ayscoughfee Hall spent much of its life as a private house for a succession of families, before being purchased by the people of Spalding during the early 20th Century. Since then it has served as a library, School, Council Offices and most recently as the District’s museum.

In 2003 Ayscoughfee Hall closed for renovation and refurbishment, funded by the Heritage Lottery Fund, South Holland District Council, Lincolnshire Tourism and the Friends of Ayscoughfee. The Museum reopened in June 2006 to acclaim, winning Lincolnshire’s Museum of the Year in 2007.

In 2008, Ayscoughfee took part in an exciting project with NAU Archaeology. For more information, please see our Ayscoughfee Gardens section or NAU’s website, where you can learn a lot more about the day-to-day events on site.

Its most recent success was being upgraded to grade I listed status by English Heritage in January 2012. Only 2.5 per cent of listed buildings in England hold this status, which reflects the significance and importance of Ayscoughfee Hall to British history.

Although the hall was built in the 1450s, all but 3 rooms inside are accessible to all! There is a lift to the first floor, and an accessible toilet.

As part of a large-scale refurbishment between 2003 and 2006, a platform lift was installed to enable everyone to see the galleries and displays on the first floor.

Other changes during this period, including putting seating in most of the galleries and installing an accessible toilet.

Please see our full Access Guide to the Hall (PDF, 228KB), that details each room and its contents, which may help you to plan your visit. If you think we’ve missed anything, please don’t hesitate to contact us at 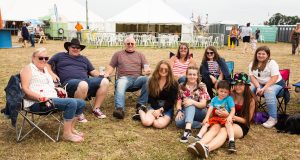 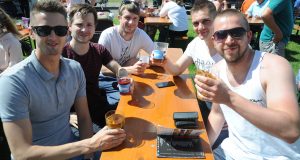 Festival promises fun for the family