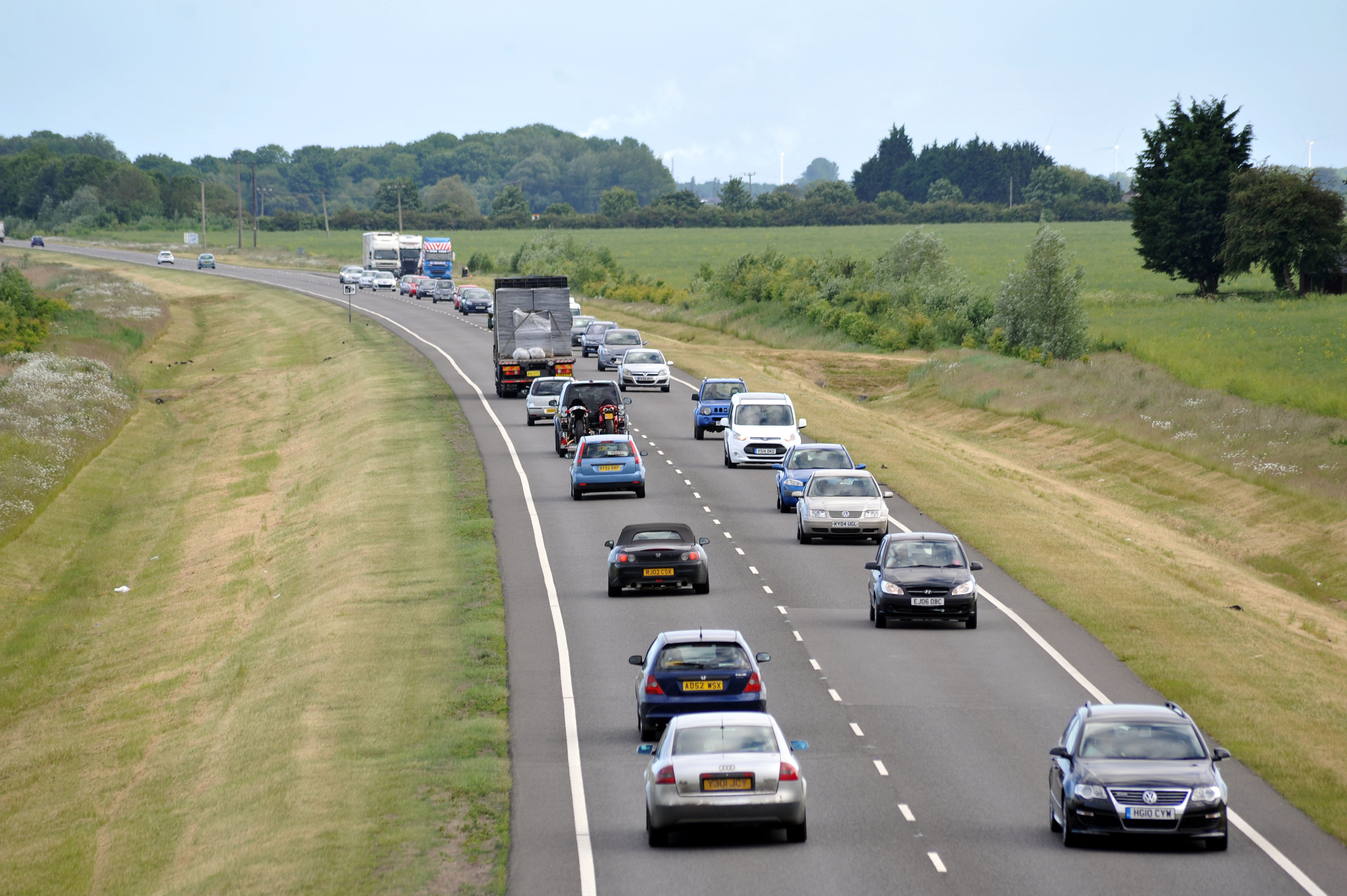 A16 between Cowbit and Crowland

Average speed cameras are the favoured option to cut the accident toll on a stretch of road plagued by a spate of recent serious crashes.

Highways bosses are looking at ways to improve the safety record on the A16 between Spalding and Crowland.
Problems have been highlighted by three separate collisions in May, one of which resulted in the death of 81-year-old Sheila Slater, of Holbeach Drove.

Average speed cameras are positioned at two or more points on a stretch of road and capture data of vehicles which have travelled between those points faster than the speed limit allows. They already operate in other areas of the county, and are being installed on the A15 between Sleaford and Lincoln.

Coun Richard Davies, Lincolnshire County Council’s portfolio holder for highways, said: “The latest figures [for the A16] show that problems could have been avoided if vehicles were travelling slower.
“While they do show that accident rates are coming down, it’s still a concern that people are being killed or seriously injured.”

The project is being looked into by Lincolnshire Road Safety Partnership in conjunction with Lincolnshire County Council.
Coun Davies said average speed cameras are the “favoured option” in light of analysis of data collected since the bypass opened in August 2010.
He said: “People obey average speed cameras far more than the instant cameras.
“They do enable you to cover an area, and the other advantage is that have been shown to reduce congestion, because people travel at more consistent speeds.”

The proposal has been welcomed by Gedney Hill resident Robert Congreve, who called for action after the May incidents.
He said: “I’m not surprised by this and it’s got to be better, but I think there are other things they can do – accepting that there is a resource shortage.”

The next step is a feasibility study, which is due to be carried out shortly, before the county council looks into funding the cameras.

Coun Davies warned that it could be “several months” before anything comes to fruition.
He is also aware of the “knock-on effect” of accidents, with large amounts of traffic often displaced through villages, which Cowbit experienced recently.
“If we can reduce the number of accidents, we can also cut the congestion and disturbance which come with them,” he said.

Following the spate of collisions in May, the design of the bypass – including its single carriageway format and junctions layout – was criticised, but Lincolnshire Road Safety Partnership’s communications manager John Siddle intimated to The Voice that driver error was to blame in each case.