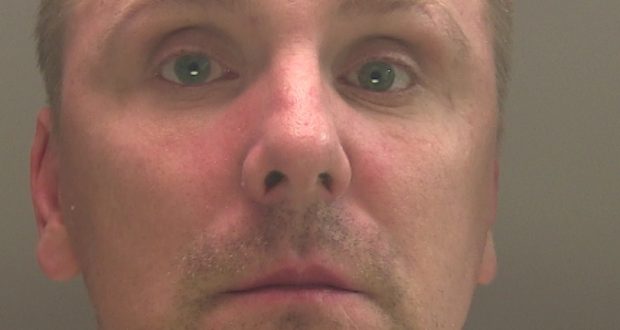 A man who admitted carrying out a violent attack on a person found lying in a Spalding street was today (Wednesday) jailed for eight and half years.

Aldis Blumbergs was also sentenced to four years extended licence on his release from jail when he will also face deportation to his native Latvia.

Lincoln Crown Court heard police and paramedics were called to Cedar Court on the morning of February 5 last year after a badly injured man was found on the ground by a householder.

The identity of the victim was initially not known by the police for two weeks but was later established to be Uldis Krasoviskis.

Andrew Peat, prosecuting, said: “He was seriously injured. His face, head and clothes were covered in blood, and his face was severely swollen.”

Video evidence showed Mr Krasoviskis had been dumped in an alley around 50 yards from where he was discovered.

Mr Peat told the court a trail of blood from the alley led police to the nearby home of Aldis Blumbergs in Alexander Road.

When police arrived at the property Blumbergs, 44, held up his hands in apparent anticipation of being handcuffed, Mr Peat added.

Witnesses described the attack occuring after both men had been drinking heavily at Blumbergs home during a gathering earlier the same night.

At around 10pm Blumbergs wanted to go to bed, but he became unhappy and jealous that his wife did not want to do the same, and became involved in a confrontation with Mr Krasoviskis.

The prosecution accepted that Blumbergs may have struck the first blow under a mistaken belief that he was about to be attacked by Mr Krasoviskis.

But Mr Peat said what then followed was a sustained attack with a bottle.

“He hit Mr Krasoviskis several times to the head with the bottle which didn’t smash.”

Mr Peat said Blumbergs left the room after the bottle was taken away by his daughter, but then returned and continued to punch his victim.

After the attack Blumbergs ordered his son to help carry Mr Krasoviskis outside.

CCTV evidence suggested this occurred around three hours before he was found lying a short distance away in Cedar Court.

The victim was taken to Peterborough Hospital and transferred to intensive care where he remained for three weeks.

He was found to have injuries including a fractured jaw and minor traumatic brain injury.

But Mr Peat said the prosecution accepted Mr Krasoviskis also had a pre-existing medical condition which made the long term impact of the attack difficult to assess.

Mr Peat added: “In simple terms he has been very ill for a long time and remains in a local care home.”

John McNally, mitigating, told the court Blumbergs regretted his actions, but it could not be proved that the injuries caused by him had led to the subsequent deterioration in his victim’s condition and a stroke.
Blumbergs, of Alexander Road, Spalding, pleaded guilty to a charge of causing grievous bodily harm on 5 February last year.

Passing sentence Recorder Charles Falk said everyone had drunk far too much.

“Your own daughter describes you holding the bottle, swinging it and repeatedly hitting Mr Krasoviskis to the head,” the Recorder told Blumbergs.

The Recorder added Mr Krasoviskis was almost unrecognisable when he was found by a member of the public and could only mumble the word ‘help.’