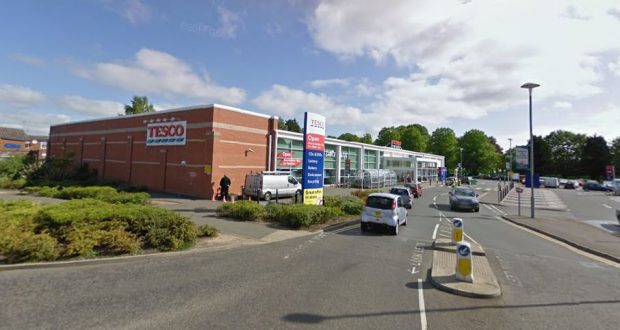 A woman has criticised staff at Tesco in Holbeach after claiming not putting an ‘out of order’ sign on a cash machine could have cost her hundreds of pounds.

Dianne Lawton attempted to take £300 out of the ATM at the Boston Road South superstore on Tuesday, April 11, but only received £90.

“I was so upset I went to tell the staff and they told me the same thing had already happened to someone that day,” Dianne said. “I asked them to put an ‘out of order’ sign on it to stop it from happening to other people, but they said they couldn’t do that.

“They said that was because it’s a Bank of Scotland ATM.

“I then had to go to my own bank and they had to sort it.”

A Tesco Bank spokesman said: “We are sorry to hear of the inconvenience experienced by customers of our ATM at our Holbeach store. Both machines are currently being investigated.

“Any customers affected should approach their card issuer in the first instance.”

More than a week after the incident Dianne had yet to receive the £210 she is owed.

“A lot of people can’t afford to lose so much money,” she said. “Luckily I’ve been able to borrow some off my son and Anglian Water have given us three weeks grace on our water bill.”