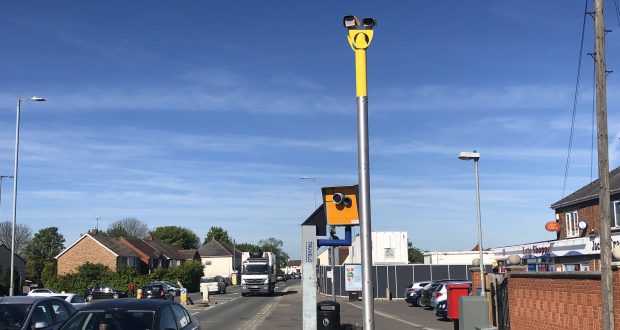 Upgraded new digital speed cameras, which can record in both directions, are heading to three locations in South Holland.

They will replace the existing speed cameras on Holbeach Road in Spalding, the A151 at Whaplode and the A1073 in Cowbit.

The new cameras, that cost between £50,000 and £30,000, use 4G connectivity to relay images of those found breaking the speed limit straight back to police.

John Siddle, of the Lincolnshire Road Safety Partnership, said: “The new speed cameras are part of the digital upgrade we have been carrying out for the last two years as 35mm wet film was discontinued commercially some years ago and was only being produced for the use in speed cameras.

“Even the chemicals to develop such film has become difficult to source.

“The digital cameras are connected through the 4G network and relay the images directly to our processing back office reducing the need for manually changing the film every few days.

“The new cameras are bi-directional, operate 24/7, less moving parts (digital) means less servicing interventions and as stated, do not need to be visited to reload film.”

The new cameras are among eight being replaced in Lincolnshire.

They’re announced in a report to Lincolnshire County Council which also states that 2018 saw a 9.5 per cent reduction in the number of killed or seriously injured casualties on Lincolnshire’s roads.