Approval for up to 35 new homes on Holbeach brownfield site

The way has been paved for more new homes in Holbeach.

Outline planning permission has been granted for up to 35 properties on a Holbeach brownfield site in Northons Lane, close to homes in Chestnut Avenue.
South Holland District Council’s planning committee unanimously passed the application by Castlegate 348 Ltd. Last month it granted similar permission for a 900-home estate between Fen Road and Hallgate.

Last Wednesday, some councillors spoke of their pleasure at seeing a brownfield site being utilised, but concerns were raised over the site’s previous use involving hazardous agricultural chemicals. 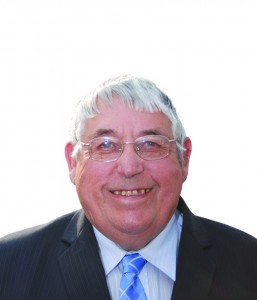 Both recent housing applications for Holbeach have been opposed by ward member Coun Francis Biggadike. And, again, his representations as a ward member not able to vote at the planning meeting proved fruitless.
His main concern was drainage and he picked up on a point made by Lewis Smith, agent for Castlegate, who told the meeting: “Some local residents have voiced their concern over existing surface water drainage issues and, in view of this, extensive work was carried out to assess the drainage options for the site and members will note there were no objections from either the IDB [Internal Drainage Board] or the Environment Agency.”

Coun Biggadike said nearby residents had suffered from “severe flooding” in the past.
“There are no objections [from the IDB] because they are no longer the lead authority,” he said. “Their comments go to county council and county decide whether they are going to publish them or not.”

The developer has agreed to a S106 contribution of £188,000 to Lincolnshire County Council for education provision.
Coun Biggadike asked members, if they were to approve the plan, to condition that £80,000 of that money be ring-fenced as an “insurance for the future problems” to deal with water problems that will “inevitably occur”.

Committee chairman Coun Roger Gambba-Jones advised that was not possible.
Mr Smith said it was appreciated that there was resistance to the redevelopment of the site, but it would “not be the most likely choice for an industrial use today”. 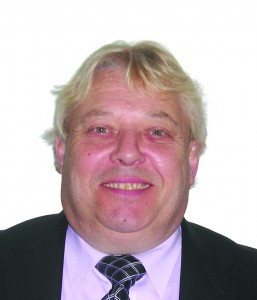 Elsewhere in the chamber there was widespread support for the scheme.
Coun Rodney Grocock said: “It’s nice to see an application on a brownfield site rather than a greenfield site or people trying to find a way around us not having a Local Plan.”
Coun Michael Seymour agreed and moved the planning officers’ recommendation to grant approval. That was seconded by Coun Jack Tyrrell.

Details of the drainage system, along with other reserved matters, are due to be submitted for approval at a later date.