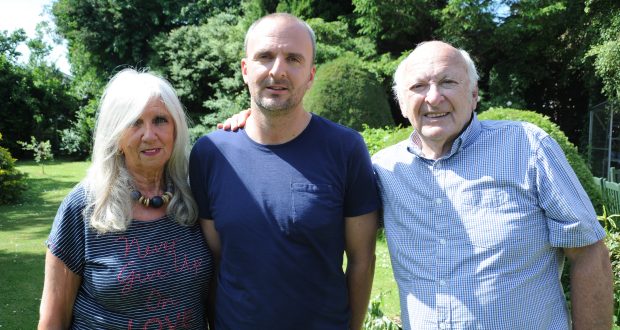 Everyone wants to make a difference to the world but few would move thousands of miles away and risk their freedom for it.

The 37-year-old human rights activist faces constant threats of legal action from companies who are worried their profits will take a hit due to him campaigning for better rights for their workers.

Just last month the Thai courts finally acquitted him of the four-year suspended sentence by a company that makes pineapple juice for “criminal deformation” and “computer crimes”.

Why does he put himself through it?

“I don’t know why I do this work,” he said. “It’s just happened. I’ve always wanted to do social work that’s empowering people and trying to seek justice and equality.

“There’s more people doing it here in England as it’s more developed so these places like Thailand and Myanmar where I can do so much with the skills and ability I have.

“I’ve always been interested since I was young about where things come from.

“You see in Thailand you see how it links to the luxurious life we have in the west.

“The cheap food you see in supermarkets and the way we throw things away all the time, I think we’re responsible and I feel responsible to do this to try to make a difference.”

After studying law in London Andy went on to do a PHD in corporate law in Australia.

A friend he met studying in Melbourne lived in northern Thailand where he became aware of working issues there.

“Workers were being killed and disabled in the construction industry in northern Thailand,” he said. “Also in the agricultural industry they were being poisoned by chemicals.

“Because my PHD was related to that I did research which found a lot of problems for workers and they couldn’t get compensation.

“I had to challenge the government’s policy so they could get access to social mobility benefits and it went from there.

“It’s a challenging country to work in and the human rights situation is not good.”

Andy currently lives in Kathmandu, Nepal where he’s starting a new project looking at how workers from that country are being exploited by big tech firms based in nearby Malaysia.

Most of his possessions are still in Thailand, but he’s not been back recently due to the threat of jail. The government there had previously confiscated his passport for four years.

He’s also lived and worked promoting workers’ rights in Myanmar and in India. One of the most eye-opening aspects in Andy’s research was that many of the workers he encountered were being exploited to provide goods to the likes of the EU. He’s worked extensively with the EU since then.

Andy said: “A lot of the food you buy in supermarkets is processed so you buy curries it’s mostly Thai chicken.

“I really find it difficult working with British supermarkets.

The Voice spoke to Andy in his parents’ back garden in Spalding on a flying visit home after being asked to speak at the European Parliament in Brussels a few days previous.

“I feel very much like I want to be in the developing world where there’s more energy and there’s more life. There’s more spirituality also,” he continues having spent time in a Buddhist temple while avoiding the Thai authorities.

“I’ve lived in many Buddhist or Hindu societies so they have a very much different concept on life and living moment by moment.

“You see the challenges the people face and the abuse they encounter and how some of that is linked to the west in so many ways through the products we buy and the supply chains it goes through.”

Andy’s parents Desmond and Patricia have had a few late night worries wondering how court cases are going against their son, but they’re very supportive of his efforts.

Desmond said: “He’s changed a lot in Thailand and that’s partly because of the work he’s doing which is ground breaking to the extent that the government of that are changing the law for workers.

“It’s unbelievable the work he does trying to get unions started to improve workers conditions.

“He’s effective to the point that those exploiting others have to brand him a criminal which he is definitely not.

“We do always worry about him, but then every parents worries about their children whatever they’re doing. We are incredibly proud of him.”