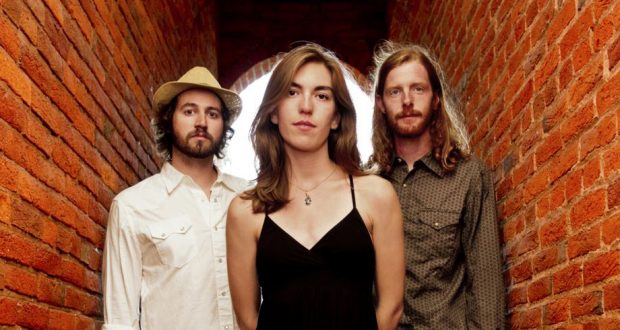 Hailing from south-eastern Pennsylvania, The Stray Birds have crafted an original sound that draws upon the richness of American country/folk music traditions – with tight acoustic arrangements, stunning three part harmonies and heart-wrenching songs.
This American trio have quickly become one of the hottest bands on the US roots music circuit, with their latest album “Magic Fire”, produced by the great Larry Campbell, topping the Billboard Bluegrass Chart on release last month.
The band has attracted rave reviews across the music industry including “beautiful” from Radio 2’s Bob Harris and, upon introducing the band at Cambridge Folk Festival, Mark Radcliffe proclaimed “you’re gonna love them”.
Now The Stray Birds are flying over for a few UK gigs including their opening night at the South Holland Centre, Spalding, on October 6 at 8pm.
Tickets are £13.50, £12.50 concessions or just £7.50 for under 26s from the Box Office 01775 764777 or online at www.southhollandcentre.co.uk.
American beers will be on sale in the bar.
The Stray Birds: South Holland Centre, Spalding; Thursday, October 6, 8pm.
Tickets £13.50, £12.50 conc, £7.50 under 26s. Box Office 01775 764777. www.southhollandcentre.co.uk
2016-09-28
James Bedford