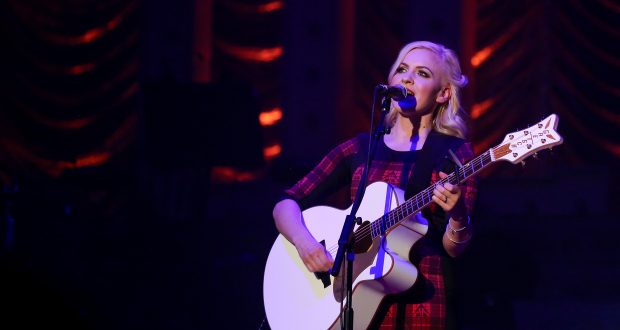 Philippa Hannah who will be performing at Spalding Baptist Church.

Acclaimed British singer and songwriter Philippa Hanna will be performing in Spalding next month.
The Sheffield-based singer will be bringing her Speed Of Light Acoustic Tour to the Spalding Baptist Church on Thursday, February 16, with doors opening at 7pm.
Her visit is part of a series of performances at church venues across the country following her chart-topping Speed Of Light album.
Visitors will get the chance to hear the stories behind Philippa’s songs in an intimate setting as she strips back the songs that saw her tour with Leona Lewis, Anastacia and Little Mix across Europe throughout the spring and summer of 2016.
Philippa recorded her new album in Nashville and it tackles the challenges of life head-on, offering listeners a message of hope in the face of adversity.
Since her 2007 debut, Philippa has released several studio albums, an EP and a live DVD, and published two autobiographical books.
As one of the most sought-after acoustic performers in the UK, she has opened tours for acts including Lionel Richie, Anastacia, Leona Lewis, Wet Wet Wet and Collabro.
Born into a musical family, Philippa knew from an early age that making music was all she wanted to do.
Her music frequently draws upon her experiences of a turbulent youth, and the Christian faith she found in 2004.
She aims to offer a positive message for fans – songs like I Am Amazing and Raggedy Doll have seen Philippa champion self-esteem in young people.
She also works as an advocate for children’s charity Compassion International.
Tickets are £10 for adults and £7 for under 16s and are available at www.philippahanna.com. There is no minimum age for this date but under 16s should be accompanied by a responsible adult.
2017-01-16
James Bedford