Businesses canvassed about a proposal for Spalding to become a Business Improvement District (BID) have demonstrated a “clear appetite”.

A survey was commissioned to gauge interest in a defined area paying a levy, based on a premises’ rateable value. A BID – last mooted and rejected in 2009 – would employ a town centre manager and support events.

News of the outcome comes as last Sunday’s Christmas market in Spalding – which currently does not have a town centre manager – came in for heavy criticism.

Spalding Town Centre Management Board was responsible for employing the previous town centre manager, Dennis Hannant, who quit the role early, in August.

The final responsibility of the board before it disbands is a review of the BID feasibility report by independent consultants Central Management Solutions, and to make appropriate recommendations.

Board chairman Matt Clark said: “The summary document reports on some 101 businesses within the town centre, which equates to approaching 50 per cent of the businesses that would likely be involved in a BID ballot and structure.

“The survey showed that key aspirational objectives which a BID could deliver were very much in line with those which the TCM board looked to tackle, including – very clearly at the top – increasing footfall. Events, parking, cleanliness and crime reduction also featured.

“The recommendation of the study, underpinned by a vast majority of its consultees, was that BID, in principle, is a good idea.
“Due to this clear appetite, our intention is to pass the report to South Holland District Council’s economic development department, along with a list of key people and organisations in the town (including Spalding Business Club, Spalding Chamber of Commerce and Spalding Town Retailers’ Association) that we believe could be interested and capable in taking the research to the next stage, and ultimately to a potential ballot.”

The wording of the survey has come in for criticism for not being impartial but leaning towards supporting the BID proposal.

The town centre retailer, who asked not to be named, said: “The questions asked were very led. You had to answer them in a certain way.

“I would, personally, welcome it as long as it’s run the right way, but it’s who is going to do it that matters.
“If it’s the same as last time then no, but run decently it could be a good thing.” 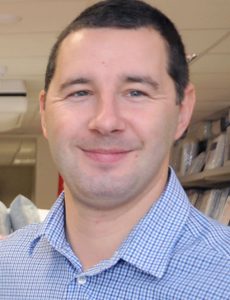 Darren Sutton, chairman of both Spalding Town Retailers’ Association and Crescent Traders’ Association, is “not against” the proposal but has doubts whether it will generate enough funding to deliver much.

Mr Sutton believes the bill to produce a final outcome on the BID proposal could be £40,000.

Meanwhile, Mr Clark added: “Whilst the board have some small matters to still conclude including producing our final financial accounts, there is unlikely to be the requirement for the board to meet again to discuss BID or any other matter.

“We are happy that the process has come in significantly below the initial anticipated budget and, as such, will be returning a sum in the region of £30,000 to the S106 account, administered by SHDC. It will now be for third parties to establish a steering group to progress any potential BID further.”

A council spokesman said: “We welcome this positive response from traders to development opportunities for the town centre. We will continue to work with them as proposals are developed.”