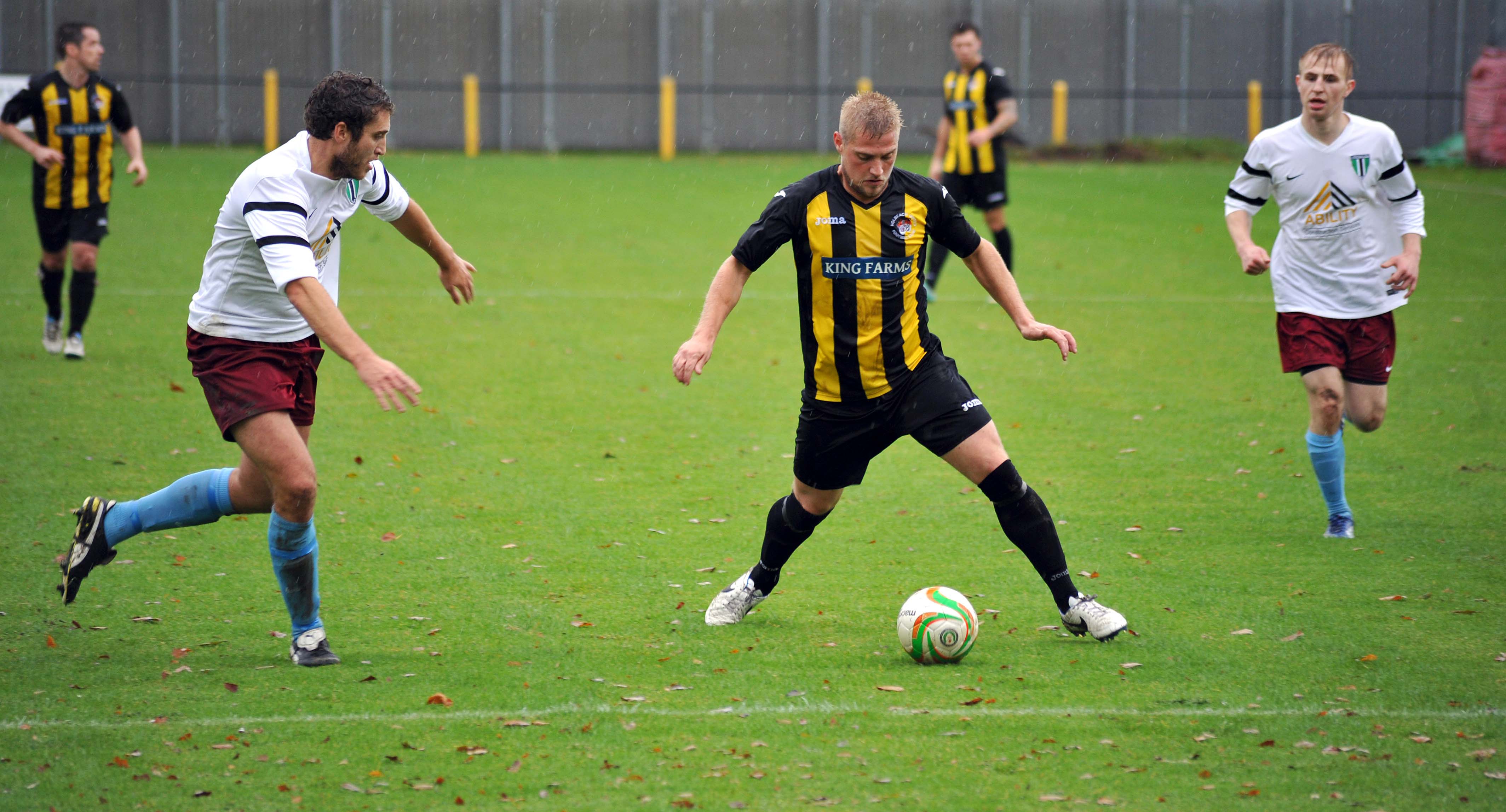 Holbeach defied the dismissal of striker Jake Clitheroe to maintain their unbeaten league record at a sodden Carter’s Park on Saturday.
The Tigers were forced to play most of the second half with ten men after Clitheroe saw red for a challenge on Peterborough Northern Star’s Sam Wilson.
However, the sending off seemed to kick-start the home side into action as they netted twice after the dismissal to make it four wins and a draw from their opening five United Counties League Premier Division matches.
Lee Beeson was added to the Tigers squad after re-joining on dual registration from EvoStik Division One South side Stamford.
He took the place of summer signing Stuart Eason, who has ended his brief spell after moving to league rivals Peterborough Sports.
Holbeach, who went into the clash on the back of a 3-1 derby win over Boston Town last Wednesday night, came close to getting off to a flying start as Andrew Tidswell rattled the visitors’ upright inside the opening five minutes.
Chances were few and far between for the rest of the half with home goalkeeper Rick Drury getting a scare off his opposite number Dan George whose audacious free-kick from inside his own half went just over the home crossbar with the Tigers custodian quickly back-pedalling.
Clitheroe’s dismissal came just three minutes into the second period when he received a straight red card after catching Wilson as he sought to regain possession following a push in the back.
Home frontman Tommy Treacher was also booked in the aftermath for his protests to the match official.
The sending off sparked a strangely-subdued Tigers into life as took the lead after 51 minutes when Josh Ford rose highest to head home a free-kick.
Kieran Blanchard fired over for the visitors as Star looked for a way back into the game while Ford was denied a second after seeing his far post header suuperbly tipped away by George.
Holbeach got the crucial second goal after 69 minutes when Star lost possession on the halfway line and Treacher showed great vision to lob George from distance and double the Tigers’ lead.
The closest Star came to pulling a goal back was with 14 minutes remaining when Harley Williams rattled the upright with a powerful header from a corner as Holbeach held out for another vital victory.
Tigers: Drury, Walton, Cartwright, Tinkler, Jackson, Stevens (Warfield), Eyett (Thomas), Tidswell, Treacher, Clitheroe, Ford (Beeson). Subs not used: Wright, Allen.
2016-09-11
James Bedford