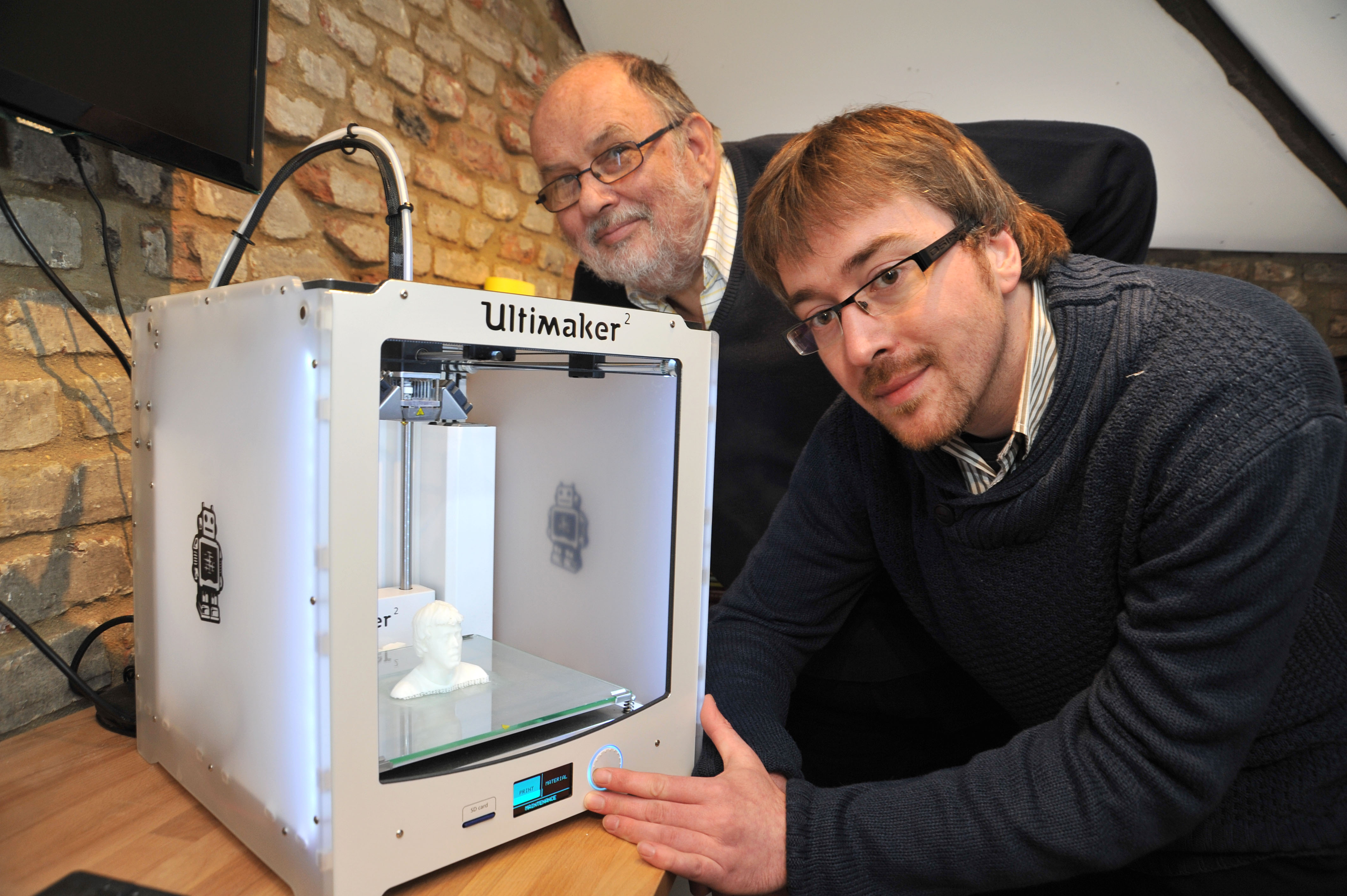 One of Spalding’s most historic tourist attractions is keeping pace with the 21st century by introducing 3D printing. 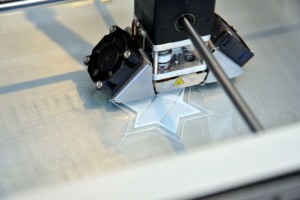 One of the museum’s new 3D printers at work.

Chain Bridge Forge Museum can now produce small plastic models of virtually anything.
The subject is scanned and a model formed from Acrylonitrile-Butadiene-Styrene (ABS), a low-cost engineering plastic which is easy to machine and fabricate.

The manufacture is seen by the museum as a modern-day take on blacksmithing, and it’s hoped it will capture the imagination of younger and older visitors alike.
Forge director Geoff Taylor said 3D printing seemed a natural extension to a popular aspect of forge visits when visitors have the chance to make their own items, such as a coathook.
“We see this as quite a development, he said. “We’re always keen on looking at ways to involve people.
“We find they often come into the forge with some trepidation, but then produce something which they can take home.
“3D printing is that same ethos.” 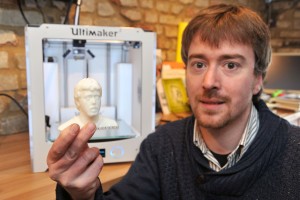 Forge volunteer Ashley Pavelovic with a bust of himself. Photo: VNC270315-45

It is anticipated that busts might prove to be a popular product. A 3in model can be produced in about three hours for £25.
Larger models are possible. Mr Taylor said: “In theory, we could create something which is an 8in cube size.”

The “virtual blacksmith” is expected to be a big hit with children in particular, firing their creative side.
“They can sit with effectively a hammer in their hands,” said Mr Taylor. “They can make items and output what they want to a 3D printer.”

The two printers are in an upstairs room, recently renovated and modified with money from South Holland District Council, which owns the High Street museum.

The new area is also a library containing about 500 books on local history, blacksmithing and farming. One of the top features is the daybook of Edward Fisher, who looked after the forge and the port of Spalding in the late 19th century.