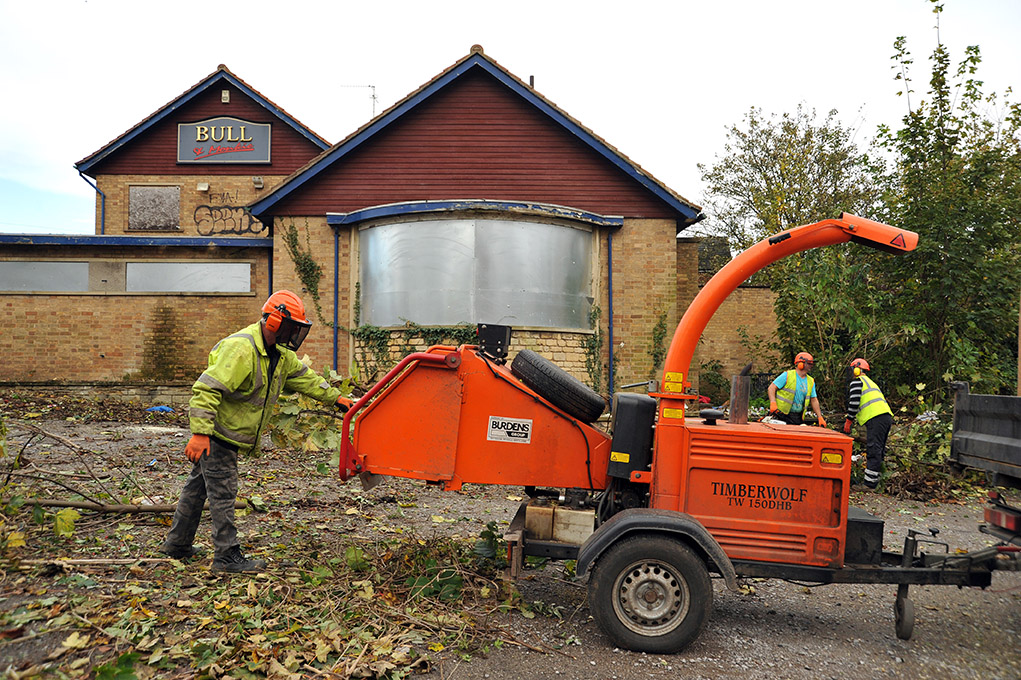 Council contractors at work on the Bull and Monkie site last November.

A £13,000 council bill for tidying up a Spalding eyesore remains unpaid five months after the work was completed.

That will perhaps come as little surprise to council tax payers, given that site owner Crispen Holdings Ltd had not engaged with South Holland District Council over a legal order to clean up the Bull and Monkie site in Churchgate.

Steps towards recovery of the money are now being considered by council officers.
Gaining possession of the valuable town centre site through the courts is a possibility – and would be considered the council’s ideal outcome.

Last week, when announcing plans for the local authority’s new housing company (see page 16), Coun Christine Lawton – portfolio holder for housing landlord – said: “We will earmark our own land first, but we might also look at buying derelict sites, such as the Bull and Monkie in Spalding.
“There are many sites that could be vastly improved by sympathetic building.”

Last October, the council issued a 21-day notice to Crispen Holdings, ordering a clear-up of the former pub site.
When this brought about no action, contractors were sent in by the council.
Trees, undergrowth and litter was cleared, unsightly graffiti removed from external walls and the site secured with metal railings.

The council says the bill for the work on November 3 was “in the region of £13,000”, but declined to disclose a timetable for chasing up payment.
A spokesperson said: “An invoice for the work carried out at the Bull and Monkie was recently issued to the site’s owners and we are currently awaiting payment.
“This is a confidential process and we can not comment any further at this stage.”